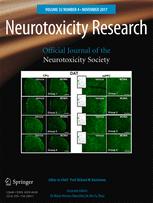 “Neurodegeneration is the result of progressive destruction of neurons in the central nervous system, with unknown causes and pathological mechanisms not yet fully elucidated. Several factors contribute to neurodegenerative processes, including neuroinflammation, accumulation of neurotoxic factors, and misfolded proteins in the lumen of the endoplasmic reticulum (ER).

Endocannabinoid signaling has been pointed out as an important modulatory system in several neurodegeneration-related processes, inhibiting the inflammatory response and increasing neuronal survival. Thus, we investigated the presumptive protective effect of the selective cannabinoid type 1 (CB1) receptor agonist) against inflammatory (lipopolysaccharide, LPS) and ER stress (tunicamycin) stimuli in an in vitro neuronal model (Neuro-2a neuroblastoma cells). Cell viability analysis revealed that ACEA was able to protect against cell death induced by LPS and tunicamycin.

This neuroprotective effect occurs via the CB1 receptor in the inflammation process and via the transient receptor potential of vanilloid type-1 (TRPV1) channel in ER stress. Furthermore, the immunoblotting analyses indicated that the neuroprotective effect of ACEA seems to involve the modulation of eukaryotic initiation factor 2 (eIF2α), transcription factor C/EBP homologous protein (CHOP), and caspase 12, as well as the survival/death p44/42 MAPK, ERK1/2-related signaling pathways.