“Nausea and vomiting result from complex interactions between afferent and efferent pathways of the gastrointestinal tract, central nervous system, and autonomic nervous system. Afferent pathways from the vagus nerve, vestibular system, and chemoreceptor trigger zone project to nucleus tractus solitarius, which in turn relays signals to the central pattern generator to initiate multiple downstream pathways resulting in symptoms of nausea and vomiting. There is increasing evidence that the central pathway of chronic nausea is different from that of acute nausea and vomiting-and closely resembles that of neuropathic pain. This improved understanding of chronic nausea has resulted in a paradigm shift with regard to management strategy. Although conventional therapies such as antiemetics and prokinetics are commonly used to manage acute nausea and vomiting, they are historically not as effective in treating chronic nausea. Recently, neuromodulator agents, such as tricyclic antidepressants, gabapentin, olanzapine, mirtazapine, and benzodiazepines, and cannabinoids have been shown to be efficacious in the treatment of nausea and vomiting, and may be useful in the treatment of chronic symptoms. There is a need to study these agents, especially in the management of chronic functional nausea. Improved understanding of the central and peripheral circuitry of nausea and vomiting symptoms will allow for enhanced utilization of the currently available medications, and the development of novel therapeutic options.” 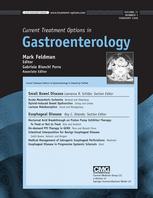 “Nausea and vomiting result from continuous interactions among gastrointestinal, central nervous system, and autonomic nervous system. Despite being closely associated, central pathways of nausea and vomiting appear to be at least partly different and nausea is no longer considered only a penultimate step of vomiting. Although our understanding of central pathways of nausea has improved over the last one decade, it is still very basic.

There is also some evidence that central pathway of chronic nausea is different from that of acute nausea and closely resembles that of neuropathic pain. This improved understanding has modified the way we can approach the treatment of acute and chronic nausea.

While conventional therapies such as antiemetics (antiserotoninergic, antihistaminic, antidopaminergic) and prokinetics are commonly used to manage acute nausea, they are not as effective in improving chronic nausea.

Recently, neuromodulators such as tricyclic antidepressants, gabapentin, olanzapine, benzodiazepines, and cannabinoids have been shown to have antinausea effect.

There is a need to study the utility of these drugs in managing chronic functional nausea. Improving our understanding of central and peripheral circuitry of nausea will allow us to better utilize the currently available drugs and develop new therapeutic options.”

“Cannabinoids present an interesting therapeutic potential as antiemetics, appetite stimulants in debilitating diseases (cancer, AIDS and multiple sclerosis), analgesics, and in the treatment of multiple sclerosis and cancer, among other conditions.

However, despite their high clinical potential, only few dosage forms are available to date. In this paper, the development of Δ9-tetrahydrocannabinol (THC) biodegradable microspheres as an alternative delivery system for cannabinoid parenteral administration is proposed. Tetrahydrocannabinol was encapsulated into biodegradable microspheres by the oil-in-water (o/w) emulsion solvent evaporation method. Several formulations were prepared using different drug:polymer ratios. The influence of antioxidant (α-tocopherol acetate) concentration on the release of THC from the microparticles was studied. Elevated process yield and entrapment efficiencies were achieved.The in vitro drug release studies showed that the encapsulated drug was released over a two week period.

As THC has shown therapeutic potential as anticancer drug, the efficacy of the microspheres was tested on different cancer cell lines.

Interestingly, the microspheres were able to inhibit cancer cell proliferation during the nine-day study period.

All the above results suggest that the use of biodegradable microspheres would be a suitable alternative delivery system for THC administration.”

“Delta(9)-Tetrahydrocannabinol (the active ingredient of marijuana), as well as endogenous and synthetic cannabinoids, exert many biological functions by activating two types of cannabinoid receptors, CB(1) and CB(2) receptors. CB(1) receptors have been detected on enteric nerves, and pharmacological effects of their activation include gastroprotection, reduction of gastric and intestinal motility and reduction of intestinal secretion.

A pharmacological modulation of the endogenous cannabinoid system could provide new therapeutics for the treatment of a number of gastrointestinal diseases, including nausea and vomiting, gastric ulcers, irritable bowel syndrome, Crohn’s disease, secretory diarrhoea, paralytic ileus and gastroesophageal reflux disease. Some cannabinoids are already in use clinically, for example, nabilone and delta(9)-tetrahydrocannabinol are used as antiemetics.”

“Nabilone is a new orally active cannabinoid for the treatment of severe gastrointestinal toxicity associated with cancer chemotherapy. The pharmacological profile of nabilone suggests that it acts primarily by preventing emesis controlled by the medulla oblongata, although its secondary mild anxiolytic activity may contribute to the overall efficacy. Nabilone 2mg twice daily starting 12 hours prior to, and continued for the duration of, chemotherapy produces significant reduction in the severity and duration of nausea and the frequency of vomiting in about 50 to 70% of patients with severe symptoms refractory to conventional therapy. Nabilone has proven to be more effective in controlling symptoms and preferred by more patients than prochlorperazine 10mg 2 to 4 times daily in a limited number of studies, despite a higher incidence of side effects. Comparative trials against other new antiemetic agents, such as high dose metoclopramide, and use of nabilone in combination with other antiemetics remain to be undertaken. The incidence of side effects is high with nabilone; drowsiness, dizziness and/or vertigo occur in 60 to 70% of patients, but rarely lead to drug withdrawal, although more troublesome effects, such as postural hypotension, ataxia, vision disturbance and toxic psychoses, may cause discontinuation of therapy. Thus, nabilone offers an effective alternative to the treatment options available in a difficult therapeutic area – those patients with severe gastrointestinal side effects from cancer chemotherapy who are refractory to conventional therapy.”

“Purpose/Objectives: To synthesize the research to determine whether oral delta-9-tetrahydrocannabinol (THC) and smoked marijuana are effective treatments for chemotherapy-induced nausea and vomiting (CINV) and to evaluate side effects and patient preference of these treatments.Data Sources: Original research, review articles, and other published articles in CINAHL(R), MEDLINE(R), and Cochrane Library databases.Data Synthesis: Cannabinoids are effective in controlling CINV, and oral THC and smoked marijuana have similar efficacy. However, smoked marijuana may not be accessible or safe for all patients with cancer. Also, these drugs have a unique side-effect profile that may include alterations in motor control, dizziness, dysphoria, and decreased concentration.Conclusions: This synthesis shows that cannabinoids are more effective than placebo and comparable to antiemetics such as prochlorperazine and ondansetron for CINV.Implications for Nursing: Nurses should feel supported by the literature to recommend oral synthetic THC as a treatment for CINV to their patients and physician colleagues. Nurses should be cognizant of the side-effect profile for this medication and provide appropriate patient education.”

“In order to assess the current knowledge on the therapeutic potential of cannabinoids, a meta-analysis was performed through Medline and PubMed up to July 1, 2005. The key words used were cannabis, marijuana, marihuana, hashish, hashich, haschich, cannabinoids, tetrahydrocannabinol, THC, dronabinol, nabilone, levonantradol, randomised, randomized, double-blind, simple blind, placebo-controlled, and human. The research also included the reports and reviews published in English, French and Spanish.

For the final selection, only properly controlled clinical trials were retained, thus open-label studies were excluded. Seventy-two controlled studies evaluating the therapeutic effects of cannabinoids were identified. For each clinical trial, the country where the project was held, the number of patients assessed, the type of study and comparisons done, the products and the dosages used, their efficacy and their adverse effects are described.