“Elucidation of Cannabis composition is required to evaluate the potential of this plant for pharmacological uses, but also for implementation in breeding programs with agronomical purposes. The aim of the present study was to develop a method for untargeted analysis of polar and non-polar Cannabis extracts.

One hundred sixty-nine compounds were identified in the extracts by searching MS and MS/MS information. Among identified families, there were mainly cannabinoids, terpenoids, lipids and flavonoids, but also some interesting compounds such as amino and organic acids, among others.

“Hempseed has achieved a growing popularity in human nutrition, particularly regarding essential amino acids and fatty acids. The multiple positive attributes of hempseed have led to the further study of its constituents.

In this study, hempseed extract containing phenylpropionamides (TPA) was obtained and its chemical profile and content were obtained using high-performance liquid chromatography technology based on previous study.

The anti-neuroinflammatory effect of TPA extract was evaluated using a lipopolysaccharide (LPS)-induced mouse model. Fourteen phenylpropionamides (TPA) were identified in the obtained extract with a total content of 233.52 ± 2.50 μg/mg extract.

This study demonstrates the nutraceutical potential of hempseed from a neuroprotective perspective.”

“Hemp seeds are of great nutritional value, containing all essential amino acids and fatty acids in sufficient amount and ratio to meet the dietary human demand.

Hemp seeds do not contain cannabinoids, and because of their high contents of ω-3 fatty acids, are enjoying a growing popularity as a super-food to beneficially affect chronic inflammation.

Seeds also lack the typical phenolics of hemp leaves and inflorescences, but we found that sprouting, while not triggering the production of cannabinoids, could nevertheless induce the production of the anti-inflammatory prenylflavonoids cannflavins A and B.

This effect was especially marked in Ermo, a cannabinoid-free variety of Cannabis sativa L. Microsomal prostaglandin E2 synthase (mPGES-1) and 5-lipoxygenase (5-LO) were identified as the molecular targets of cannflavins A and B, solving an almost three-decade old uncertainty on the mechanism of their the anti-inflammatory activity.

No change on the fatty acid profile was observed during sprouting, and the presence of lipophilic flavonoids combines with the high concentration of ω-3 essential acids to qualify sprouts from Ermo as a novel anti-inflammatory hemp food product worth considering for mass production and commercial development.” “Hemp seeds have a plethora of nutrients necessary to the healing process which makes them one of the most nutritious foods on our planet. When we talk about hemp seeds we mean hulled seeds from the hemp plant. Although in the same genus of plants as Marijuana, Hemp does not possess high enough levels of the medicinal and analgesic (pain relieving) compound Tetrahydrocannabinol, also commonly known by its acronym THC, to be considered the same plant. This article is about the healing medicinal value of hulled hemp seeds with respect to their content of essential amino acids (raw protein) and highly unsaturated essential fatty acids…

The fat content and balance of essential fats in hemp seeds is superior to almost every other seed and nut. Hemp has a ratio of Omega-6 to Omega-3 of 3.75 to 1, which according to the World Health Organization is close to perfect for effective metabolism. Hemp also contains other very important co-factor nutrients including chlorophyll, Vitamin E, a complex of B Vitamins including Folic Acid, as well as Phosphorous, Calcium, Magnesium and Potassium…” 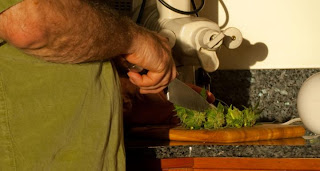