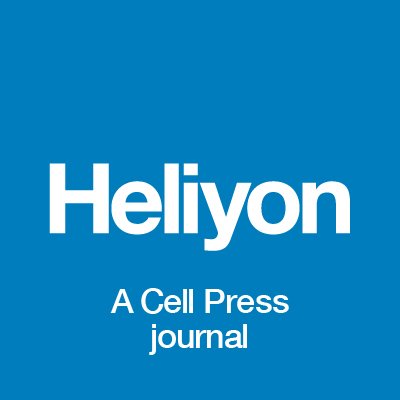 In this context, owing to the beneficial phytochemical properties such as optimal omega-6: omega-3 PUFA ratio of hempseed, we aimed to explore its potential anti-inflammatory and antioxidant properties against high-fat diet (HFD)-induced experimental model of fatty liver disease.

Results indicated that HEMP administration to hypercholesterolemic rats resolved the morphological, histopathological, and biochemical indicators of fatty liver diseases. Further, the mechanistic evidence revealed that these hepatoprotective effects of HEMP are mediated through inhibition of oxidative stress and inflammatory mediators such as Cox-2, hPGDS, mPGES, IL-4, TNF-α and sEH.

In conclusion, current study suggests the plausible antioxidant and anti-inflammatory role of HEMP in alleviating pathophysiological conditions including fatty liver disease, where oxidative stress and inflammation are key mediators.” 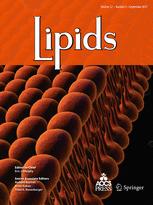 “The brain is enriched in arachidonic acid (ARA) and docosahexaenoic acid (DHA), long-chain polyunsaturated fatty acids (LCPUFAs) of the n-6 and n-3 series, respectively. Both are essential for optimal brain development and function. Dietary enrichment with DHA and other long-chain n-3 PUFA, such as eicosapentaenoic acid (EPA), has shown beneficial effects on learning and memory, neuroinflammatory processes, and synaptic plasticity and neurogenesis. ARA, DHA and EPA are precursors to a diverse repertoire of bioactive lipid mediators, including endocannabinoids.

Indeed, growing evidence suggests a complex interplay between n-3 and n-6 LCPUFA and the endocannabinoid system. For example, long-term DHA and EPA supplementation reduces AEA and 2-AG levels, with reciprocal increases in levels of the analogous endocannabinoid-like DHA and EPA-derived molecules. This review summarises current evidence of this interplay and discusses the therapeutic potential for brain protection and repair.”

“The seed of Cannabis sativa L. has been an important source of nutrition for thousands of years in Old World cultures. Technically a nut, hempseed typically contains over 30% oil and about 25% protein, with considerable amounts of dietary fiber, vitamins and minerals. Hempseed oil is over 80% in polyunsaturated fatty acids (PUFAs), and is an exceptionally rich source of the two essential fatty acids (EFAs) linoleic acid (18:2 omega-6) and alpha-linolenic acid (18:3 omega-3). The omega-6 to omega-3 ratio (n6/n3) in hempseed oil is normally between 2:1 and 3:1, which is considered to be optimal for human health. Hempseed has been used to treat various disorders for thousands of years in traditional oriental medicine.”  http://link.springer.com/article/10.1007%2Fs10681-004-4811-6

“Converging evidence suggests that an imbalance of ω3 to ω6 polyunsaturated fatty acid (PUFA) in the brain is involved in mental illnesses such as anxiety disorders.

We previously reported that the dietary ratio of ω3 to ω6 PUFA alters this ratio in the brain, and influences contextual fear memory.

In addition to behavioral change, enhancement of cannabinoid CB1 receptor-mediated short-term synaptic plasticity and facilitation of the agonist sensitivity of CB1 receptors have been observed in excitatory synaptic responses in the basolateral nucleus of the amygdala (BLA).

These results suggest that the balance of ω3 to ω6 PUFA has an impact on fear memory and cortico-amygdala synaptic plasticity, both in a CB1 receptor-dependent manner.”

“Uremia-associated anorexia may be related to altered levels of long chain n-6 and n-3 polyunsaturated fatty acid (PUFA) derived circulating endocannabinoids (EC) and EC-like compounds that are known to mediate appetite. Our study’s hypothesis was that such molecules are associated with appetite in patients with end-stage renal disease. A cross-sectional observational study was performed in 20 chronic hemodialysis patients (9 females, 11 males) and 10 healthy female controls in whom appetite was assessed using the Simplified Nutritional Appetite Questionnaire (SNAQ) and blood drawn in the fasting (and when applicable) pre-dialysis state. Blood levels of PUFA and EC were also measured. Higher blood levels of the long chain n-6 fatty acid 20:4n6 (arachidonic acid) and lower levels of the long chain n-3 fatty acid 20:5n3 (eicosapentaenoic acid) were observed in female hemodialysis patients compared to controls. No differences were observed between male and female patients. In female study participants strong correlations between specific EC-like compounds and total SNAQ scores were noted, including with the n-6 PUFA derived linoleoyl ethanolamide (L-EA; ρ=-0.60, P<.01) and the n-3 PUFA derived docosahexaenoyl ethanolamide (DH-EA; ρ=0.63, P<.01). The L-EA:DH-EA ratio was most strongly associated with the SNAQ score (ρ=-0.74, P≤.001), and its questions associated with appetite (ρ=-0.69, P≤.01) and satiety (ρ=-0.81, P≤.001). These findings support a link between circulating EC and appetite in hemodialysis patients.”