“The hemp plant (Cannabis sativa L.) has a long tradition of being used for many different purposes such as industry, medicine and nutrition. In particular, because hemp seed (HS) is rich in oil protein and considerable amounts of dietary fiber, vitamins and minerals that are particularly suitable also for animal nutrition.

Different studies have evaluated HS on qualitative and quantitative properties of livestock products but as of today, nobody has investigated the molecular pathway behind HS supplementation in farm animals. Thus, in this study, we will report the first RNA sequencing of the whole-blood transcriptome of ewes fed either with a controlled diet (CTR, n = 5) or with a diet supplemented with 5% of hemp seed (HSG, n = 5).

“In conclusion, in this study, we have assessed the transcriptome signature induced by 5% hemp seed supplemented diet in ewes. The findings suggest that pathways related to energy production were the most affected. In addition, we found that this condition could also be potentially beneficial for adaptation to low temperatures. Moreover, we found a higher content of lactose, which makes the derived dairy products more profitable.” 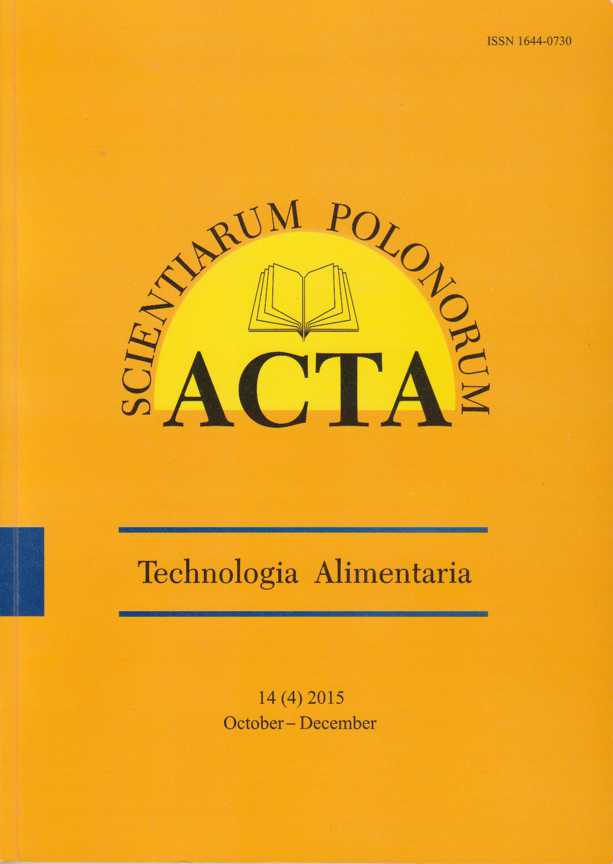 “Liver p&acirc;t&eacute;s are popular all over the world, but they usually contain high amounts of animal fats. It may be beneficial to improve their dietetic value by decreasing the saturated fatty acid content, while maintaining their sensory quality. One way to do this is to add ingredients which are rich in polyunsaturated fatty acids, such as hemp seed or linseed. Hemp seeds are valuable because of their fat and protein content and linseed is known for its high &alpha;-linolenic fatty acid (ALA) content. Both are good sources of fiber.

The addition of hemp and linseed increased the fat content. The fatty acid profile improved signifi- cantly. There were more polyunsaturated fatty acids and the n-6 to n-3 ratio was reduced in both products containing oil seeds compared to the control sample, which is important from the health point of view. The color parameters were not changed. The hardness, chewiness and adhesiveness increased in products contain- ing oil seeds. Those products received higher scores in sensory analysis. 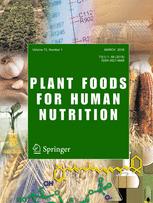 “Hemp has been an important crop throughout human history for food, fiber, and medicine. Despite significant progress made by the international research community, the basic biology of hemp plants remains insufficiently understood. Clear objectives are needed to guide future research. As a semi-domesticated plant, hemp has many desirable traits that require improvement, including eliminating seed shattering, enhancing the quantity and quality of stem fiber, and increasing the accumulation of phytocannabinoids. Methods to manipulate the sex of hemp plants will also be important for optimizing yields of seed, fiber, and cannabinoids. Currently, research into trait improvement is hindered by the lack of molecular techniques adapted to hemp. Here we review how addressing these limitations will help advance our knowledge of plant biology and enable us to fully domesticate and maximize the agronomic potential of this promising crop.” “The cannabis plant is known for its multiple uses: the leaves, flowers, seeds, stalks, and resin glands have all been exploited for food, fuel, fiber, medicine, and other uses.

The roots of the cannabis plant have a long history of medical use stretching back millennia. However, the therapeutic potential of cannabis roots has been largely ignored in modern times.

In the first century, Pliny the Elder described in Natural Histories that a decoction of the root in water could be used to relieve stiffness in the joints, gout, and related conditions. By the 17th century, various herbalists were recommending cannabis root to treat inflammation, joint pain, gout, and other conditions.

Active compounds identified and measured in cannabis roots include triterpenoids, friedelin (12.8 mg/kg) and epifriedelanol (21.3 mg/kg); alkaloids, cannabisativine (2.5 mg/kg) and anhydrocannabisativine (0.3 mg/kg); carvone and dihydrocarvone; N-( p-hydroxy-b-phenylethyl)-p-hydroxy-trans-cinnamamide (1.6 mg/kg); various sterols such as sitosterol (1.5%), campesterol (0.78%), and stigmasterol (0.56%); and other minor compounds, including choline. Of note, cannabis roots are not a significant source of D9 – tetrahydrocannabinol (THC), cannabidiol, or other known phytocannabinoids.

Conclusion: The current available data on the pharmacology of cannabis root components provide significant support to the historical and ethnobotanical claims of clinical efficacy. Certainly, this suggests the need for reexamination of whole root preparations on inflammatory and malignant conditions employing modern scientific techniques.”

“Cannabis sativa L. has been cultivated in China for millennia for use as a fiber, food, and medicine. Cannabis sativa L. (Cannabaceae) has a long history of utilization as a fiber and seed crop in China, and its achenes (“seeds”) as well as other plant parts have been recorded in Chinese medical texts for nearly 2000 years.

While the primary applications of cannabis in Chinese medicine center around the use of the achenes, ancient indications for the female inflorescence, and other plant parts include conditions such as pain and mental illness that are the subject of current research into cannabinoids such as cannabidiol (CBD) and Δ9-tetrahydrocannabinol (THC).

In this article, prominent historical applications of cannabis in Chinese medicine are chronologically reviewed, and indications found in ancient Chinese literature that may relate to cannabinoids such as CBD and Δ9-THC are investigated.

In recent years, cannabinoids such as CBD and Δ9-THC have attracted increased attention in the context of modern pharmacology and popular Western culture, yet little research has been done to explore the historical applications of cannabis in Chinese medicine. Given China’s long history of hemp cultivation and its rich body of un-translated medical literature, it is surprising that little academic attention has focused on exploring the ways in which cannabis was used in Chinese medicine. The importance of cannabis as a fiber and food crop in ancient China, combined with the extensive use of the achenes in medicine, makes the Chinese historical record particularly valuable.

The significant differences in how cannabis has been employed in Chinese vs. Western medicine likely relate to differences between drug and fiber biotypes as well as cultural factors, but thus far minimal research has focused on exploring this issue. Similarly, minimal attention has been given to the topic of CBD in Chinese medical history, as even fiber-rich biotypes of cannabis that were not associated with drug use may have had potential therapeutic applications related to CBD. While this modest review can only scratch the surface of the Chinese medical literature of cannabis and the questions it raises, it is hoped that further research will help to further elucidate these questions using a multidisciplinary approach.”

“Cannabis sativa L. (hemp) is a wind-pollinated annual plant that originated in central Asia. Hemp, naturally, is a dioecious crop, but some monoecious cultivars have been obtained as a result of earlier breeding efforts.

Hemp is an ancient crop that has been cultivated worldwide until the early twentieth century, after which its cultivation declined.

Recently, interest in this multipurpose crop delivering fibers, shives, and seeds, has been renewed by an increasing demand not only for natural fibers but also for the high content and quality of seed protein and oil. Hemp seed contains 25–35% oil, 20–25% protein, 20–30% carbohydrates, 10–15% insoluble fiber, vitamins, and minerals such as phosphorus, potassium, magnesium, sulfur, and calcium.

The increasing demand for vegetable oils and proteins, along with current awareness about their nutritional and functional role in human diet, has made indispensable to characterize new plant sources. In this regard, hemp seed contains all the essential amino acids and fatty acids necessary to maintain healthy human life, and it might be a new good source of nutrients for both humans and livestock.

The principal value of hemp seed oil resides in its fatty acid composition. It contains the two dietary essential fatty acids: linoleic acid (LA; 18:2ω6) and the α-linolenic acid (ALA; 18:3ω3) in the ratio of 2.5–3:1, which has been claimed as ideal for human nutrition.

The seed of Cannabis sativa L. is an expanding source of proteins and oil for both humans and animals.”

“Cannabis sativa L. (Marijuana; Cannabaceae), one of the oldest medicinal plants in the world, has been used throughout history for fiber, food, as well as for its psychoactive properties.

The dioecious and allogamous nature of C. sativa is the major constraint to maintain the consistency in chemical profile and overall efficacy if grown from seed. Therefore, the present optimized in vitro propagation protocol of the selected elite germplasm via direct organogenesis and quality assurance protocols using genetic and chemical profiling provide an ideal pathway for ensuring the efficacy of micropropagated Cannabis sativa germplasm.

A high frequency shoot organogenesis of C. sativa was obtained from nodal segments in 0.5 μM thidiazuron medium and 95 % in vitro rhizogenesis is obtained on half-strength MS medium supplemented with 500 mg/L activated charcoal and 2.5 μM indole-3-butyric acid. Inter Simple Sequence Repeats (ISSR) and Gas Chromatography-Flame Ionization Detection (GC-FID) are successfully used to monitor the genetic stability in micropropagated plants up to 30 passages in culture and hardened in soil for 8 months.”

“Hempseed is known for its content in fatty acids, proteins and fiber, which contribute to its nutritional value.

Here we studied the secondary metabolites of hempseed aiming at identifying bioactive compounds that could contribute to its health benefits.

This investigation led to the isolation of four new lignanamides cannabisin M, 2, cannabisin N, 5, cannabisin O, 8 and 3,3′-demethyl-heliotropamide, 10, together with ten known lignanamides, among which 4 was identified for the first time from hempseed.

Structures were established on the basis of NMR, HR-MS, UV, IR as well as by comparison with the literature data.

Lignanamides 2, 7, 9-14 showed good antioxidant activity among which 7, 10 and 13 also inhibited acetylcholinesterase in vitro.

The new identified compounds in this study added to the diversity of hempseed composition and the bioassays implied that hempseed, with lignanamides as nutrients, may be a good source of bioactive and protective compounds.”  http://www.ncbi.nlm.nih.gov/pubmed/26585089

“Alzheimer’s Disease (AD) is the most common single cause of dementia in our ageing society. On full assessment and diagnosis of AD, initiation of an AChe inhibitor is recommended as early as possible, it is important that AChe inhibitor therapy is considered for patients with mild to moderate AD.” https://www.ncbi.nlm.nih.gov/pmc/articles/PMC2014378/

“The Effects of Hempseed Meal Intake and Linoleic Acid on Drosophila Models of Neurodegenerative Diseases and Hypercholesterolemia. Our results indicate that hempseed meal (HSM) and linoleic acid are potential candidates for the treatment of Alzheimer’s disease (AD) and cardiovascular disease. These results show that HSM may prove of great utility as a health food, with potential for the prevention of AD and cardiovascular disease.” https://www.ncbi.nlm.nih.gov/pmc/articles/PMC3933972/