Contrary to most cannabinoids present in the Cannabis plant, some, such as O-1602 and abnormal cannabidiol, have no or only little affinity to the CB1 or CB2 cannabinoid receptors and instead exert their effects through other receptors.

Here, we investigated whether the synthetic regioisomers of cannabidiol, abnormal cannabidiol, and a closely related compound, O-1602, display antitumorigenic effects in cellular models of breast cancer and whether it could reduce tumorigenesis in vivo.

Our results suggest that atypical cannabinoids, like O-1602 and abnormal cannabidiol, exert antitumorigenic effects on paclitaxel-resistant breast cancer cells. Due to their lack of central sedation and psychoactive effects, these atypical cannabinoids could represent new leads for the development of additional anticancer treatments when resistance to conventional chemotherapy occurs during the treatment of breast and possibly other cancers.”

“Our results suggest that some cannabinoids acting through the GPR55 and/or GPR18 receptors can be helpful in inducing apoptosis in breast cancer cell lines that are unresponsive to paclitaxel. The effects of O-1602 and Abn-CBD on cell viability were observed both in vitro and in a zebrafish xenograft model. These drugs were also reducing cell migration. Taken together, even if no synergistic antitumor effect is always observed when cannabinoids and chemotherapeutic agents are combined as an anticancer treatment, cannabinoids can still provide anticancer benefits on top of their palliative effects. This is particularly important in the context of cancers that have developed resistance to current chemotherapies.”

“Cannabinoid receptor activation is involved in homeostatic regulation of the body. These receptors are activated by cannabinoids, that include the active constituents of Cannabis sativa as well as endocannabinoids (eCBs). The eCBs are endogenously synthesized from the omega-6 and omega-3 polyunsaturated fatty acids (PUFAs). In summary, we outline the novel findings regarding a growing class of signaling molecules, omega-3 eCBs, that can control the physiological and pathophysiological processes in the body.” https://www.ncbi.nlm.nih.gov/pubmed/31085370

“Many in vitro and in vivo studies have reported on the antitumorigenic effects of plant-derived cannabinoids (CBDs) and their synthetic analogs, including effects in inducing apoptosis and inhibiting tumor cell growth and metastasis.

Over the years, many in vitro and in vivo studies have shown the antineoplastic effects of cannabinoids (CBDs), with reports advocating for investigations of combination therapy approaches that could better leverage these effects in clinical translation.

This study explores the potential of combination approaches employing CBDs with radiotherapy (RT) or smart biomaterials toward enhancing therapeutic efficacy during treatment of pancreatic and lung cancers. In in vitro studies, clonogenic assay results showed greater effective tumor cell killing, when combining CBDs and RT. Meanwhile, in vivo study results revealed major increase in survival when employing smart biomaterials for sustained delivery of CBDs to tumor cells. The significance of these findings, considerations for further research, and viable roadmap to clinical translation are discussed.

The advantage of combining CBDs with other therapies is that this may allow simultaneous targeting of tumor progression at different levels, while minimizing toxicities for these therapies relative to toxicities from higher doses when used as monotherapies.”
https://www.ncbi.nlm.nih.gov/pubmed/29740535
https://www.frontiersin.org/articles/10.3389/fonc.2018.00114/full

“Cannabis Science Announces the Second Frontiers Peer-Reviewed Publication of its Research Results on the Use of Cannabinoids in the Treatment of Cancers”  https://globenewswire.com/news-release/2018/05/01/1493854/0/en/Cannabis-Science-Announces-the-Second-Frontiers-Peer-Reviewed-Publication-of-its-Research-Results-on-the-Use-of-Cannabinoids-in-the-Treatment-of-Cancers.html

The present review covers the contribution of the endocannabinoid system to cancer progression. Particular focus will be set on the accumulating preclinical data concerning antimetastatic, anti-invasive and anti-angiogenic mechanisms induced by cannabinoids.

In addition, antitumorigenic mechanisms of cannabinoids are not restricted to a single molecular cascade but involve multiple effects on various levels of cancer progression such as angiogenesis and metastasis. Particularly the latter effect has gained interest for pharmacological interventions.

Thus, drugs aiming at the endocannabinoid system may represent potential “antimetastatics” for an upgrade of a future armamentarium against cancer diseases.” 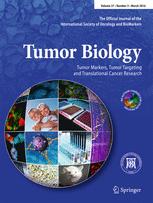 “Cannabinoid receptors (CB1R and CB2R) constitute essential members of the endocannabinoid system (ECS) which participates in many different functions indispensable to homeostatic regulation in several tissues, exerting also antitumorigenic effects. The present study aimed to assess the clinical significance of CB1R and CB2R protein expression in mobile tongue squamous cell carcinoma (SCC). The present study provides evidence that CB1R and CB2R may play a role in the pathophysiological aspects of the mobile tongue SCC and even each molecule may constitute a potential target for the development of novel anti-cancer drugs for this type of malignancy.” http://www.ncbi.nlm.nih.gov/pubmed/26459312

Cannabidiol (CBD), a non-psychoactive cannabinoid, enhanced the susceptibility of cancer cells to adhere to and subsequently lysed by LAK cells, with both effects being reversed by a neutralizing ICAM-1 antibody…

These findings provide proof for a novel antitumorigenic mechanism of cannabinoids.”

“Within the last decade, evidence has been accumulated to suggest an antitumorigenic action of cannabinoids elicited via induction of apoptosis and alternative anticarcinogenic mechanisms… cannabidiol has been shown to elicit pronounced proapoptotic or autophagic effects on different types of tumor cells

Collectively, our data strengthen the notion that activation of PPAR-γ may present a promising target for lung cancer therapy.

In addition and to the best of our knowledge, this is the first report to provide an inhibitor-proven tumor-regressive mechanism of cannabidiolin vivo as well as a proapoptotic mechanism confirmed by use of primary lung tumor cells.

Against this background and considering recent findings supporting a profound antimetastatic action of cannabidiol, this cannabinoid may represent a promising anticancer drug.”

“Kaposi sarcoma is the most common neoplasm caused by Kaposi sarcoma–associated herpesvirus (KSHV). Current treatments for Kaposi sarcoma can inhibit tumor growth but are not able to eliminate KSHV from the host. When the host’s immune system weakens, KSHV begins to replicate again, and active tumor growth ensues. New therapeutic approaches are needed.

Cannabidiol (CBD), a plant-derived cannabinoid, exhibits promising antitumor effects without inducing psychoactive side effects. CBD is emerging as a novel therapeutic for various disorders, including cancer.

In this study, we investigated the effects of CBD both on the infection of endothelial cells (ECs) by KSHV and on the growth and apoptosis of KSHV-infected ECs, an in vitro model for the transformation of normal endothelium to Kaposi sarcoma….

Cannabidiol (CBD) was first isolated in 1940. It is a major component of the plant Cannabis sativa, which is also the source of Δ9-tetrahydrocannabinol (Δ9-THC). Due to its multiple biological activities, CBD has been identified as a potential clinical agent. Moreover, CBD affects these activities without the psychoactive side effects that typify Δ9-THC. Recent studies have documented the potential antitumorigenic properties of CBD in the treatment of various neoplasms, including breast cancer, lung cancer, bladder cancer, glioblastoma,and leukemia.CBD induces these effects through a variety of mechanisms and signaling pathways

CBD has been evaluated clinically for the treatment of various conditions, including anxiety, psychosis, and pain. In contrast to other members of the cannabinoid family, CBD has a strong safety profile and induces no psychotropic effects.Therefore, it has become an attractive agent in the search for new anticancer therapies.Our current study demonstrated that CBD preferentially enhanced apoptosis and inhibited the proliferation of KSHV-infected endothelial cells. This selective targeting of KSHV-induced neoplasia suggests that CBD may have a desirable therapeutic index when used to treat cancer. Moreover, a recent study demonstrated that CBD can be delivered effectively by nasal and transdermal routes, which may be particularly valuable for the treatment of Kaposi sarcoma oral or skin lesions.”