“Cannabinoids are a group of terpenophenolic compounds derived from the Cannabis sativa L. plant. There is a growing body of evidence from cell culture and animal studies in support of cannabinoids possessing anticancer properties.

Method: A database search of peer reviewed articles published in English as full texts between January 1970 and April 2021 in Google Scholar, MEDLINE, PubMed and Web of Science was undertaken. References of relevant literature were searched to identify additional studies to construct a narrative literature review of oncological effects of cannabinoids in pre-clinical and clinical studies in various cancer types.

Results: Phyto-, endogenous and synthetic cannabinoids demonstrated antitumour effects both in vitro and in vivo. However, these effects are dependent on cancer type, the concentration and preparation of the cannabinoid and the abundance of receptor targets. The mechanism of action of synthetic cannabinoids, (-)-trans-Δ9-tetrahydrocannabinol (Δ9-THC) and cannabidiol (CBD) has mainly been described via the traditional cannabinoid receptors; CB1 and CB2, but reports have also indicated evidence of activity through GPR55, TRPM8 and other ion channels including TRPA1, TRPV1 and TRPV2.

Conclusion: Cannabinoids have shown to be efficacious both as a single agent and in combination with antineoplastic drugs. These effects have occurred through various receptors and ligands and modulation of signalling pathways involved in hallmarks of cancer pathology. There is a need for further studies to characterise its mode of action at the molecular level and to delineate efficacious dosage and route of administration in addition to synergistic regimes.”

“Since time immemorial, the Cannabis plant has been used as a source of fibre, herbal remedy, medicinal and religious purposes. In the mid-nineteenth century, O’Shaughnessy and Moreau reported positive effects of cannabis on muscle spasms, vomiting, convulsions, rheumatism, tetanus, and rabies. However, during the twentieth century, its utilisation in Western medicine started to decline as a result of political prejudices and economic interests rather than scientific or medical reasons.

Plant-based, endogenous and synthetic cannabinoid compounds have shown merits in not only alleviating the unwanted side effects of antineoplastic drug regiments, but have also shown promising evidence in decreasing tumour burden, and one in vivo study so far concludes increasing survival rates in mice. Various extracted forms of cannabinoids from C. sativa have shown varying cytotoxic effects which should be explored in more detail in future studies as majority of the evidence originates from studies investigating mainly ∆9-THC and CBD’s actions.”

“As the major nonpsychotropic constituent of Cannabis sativa, cannabidiol (CBD) is regarded as one of the most promising therapeutic agents due to its proven effectiveness in clinical trials for many human diseases. Due to the urgent need for more efficient pharmacological treatments for several chronic diseases, in this review, we discuss the potential beneficial effects of CBD for Alzheimer’s disease, epilepsy, multiple sclerosis, and neurological cancers. Due to its wide range of pharmacological activities (e.g., antioxidant, anti-inflammatory, and neuroprotective properties), CBD is considered a multimodal drug for the treatment of a range of neurodegenerative disorders, and various cancer types, including neoplasms of the neural system. The different mechanisms of action of CBD are here disclosed, together with recent progress in the use of this cannabis-derived constituent as a new therapeutic approach.” 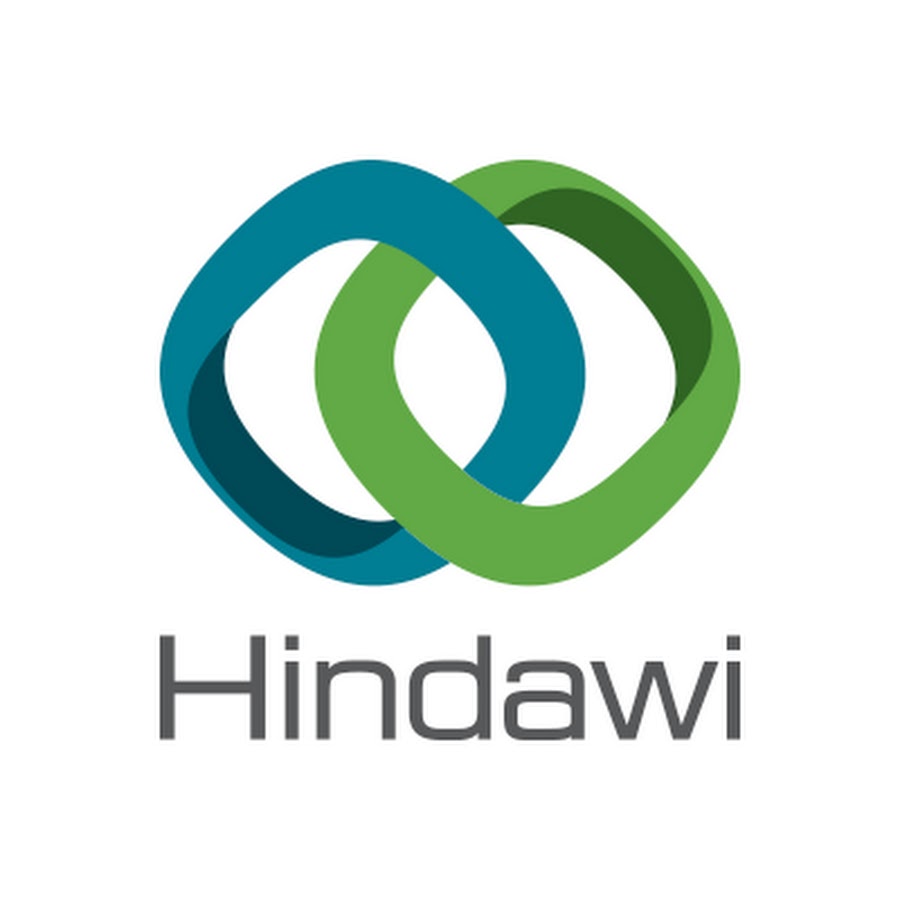 “Colorectal cancer represents a heavy burden for health systems worldwide, being the third most common cancer worldwide. Despite the breakthroughs in medicine, current chemotherapeutic options continue to have important side effects and may not be effective in preventing disease progression.

Cannabinoids might be substances with possible therapeutic potential for cancer because they can attenuate the side effects of chemotherapy and have antiproliferative and antimetastatic effects.

We aim to determine, through a systematic review of experimental studies performed on animal CRC models, if cannabinoids can reduce the formation of preneoplastic lesions (aberrant crypt foci), number, and volume of neoplastic lesions.

Conclusions: Cannabinoids have incredible potential as antineoplastic agents as experimental models demonstrate that they can reduce tumor volume and ACF formation. It is crucial to conduct more experimental studies to understand the pharmacology of cannabinoids in CRC better.”

“Current literature findings demonstrate that cannabinoids might have potential as antineoplastic agents because they can reduce tumor volume and ACF formation.”

“In this work, we evaluated, for the first time, the antitumor effect of cannabidiol (CBD) as monotherapy and in combination with conventional chemotherapeutics in ovarian cancer and developed PLGA-microparticles as CBD carriers to optimize its anticancer activity.

Spherical microparticles, with a mean particle size around 25 µm and high entrapment efficiency were obtained. Microparticles elaborated with a CBD:polymer ratio of 10:100 were selected due to the most suitable release profile with a zero-order CBD release (14.13±0.17 μg/day/10 mg Mps) for 40 days.

The single administration of this formulation showed an in vitro extended antitumor activity for at least 10 days and an in ovo antitumor efficacy comparable to that of CBD in solution after daily topical administration (≈1.5-fold reduction in tumor growth vs control). The use of CBD in combination with paclitaxel (PTX) was really effective.

These results show the promising potential of CBD-Mps administered in combination with PTX for ovarian cancer treatment, since it would allow to reduce the administered dose of this antineoplastic drug maintaining the same efficacy and, as a consequence, reducing PTX adverse effects.” 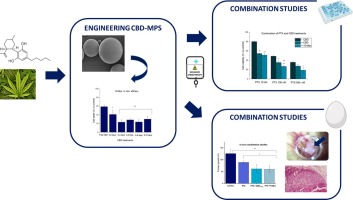 “Over the last decades a renewed interest in n-3 very long polyunsaturated fatty acids (PUFAs), derived mainly from fish oils in the human diet, has been observed because of their potential effects against cancer diseases, including breast carcinoma. These n-3 PUFAs mainly consist of eicosapentaenoic acid (EPA) and docosahexaenoic acid (DHA) that, alone or in combination with anticancer agents, induce cell cycle arrest, autophagy, apoptosis, and tumor growth inhibition. A large number of molecular targets of n-3 PUFAs have been identified and multiple mechanisms appear to underlie their antineoplastic activities. Evidence exists that EPA and DHA also elicit anticancer effects by the conversion to their corresponding ethanolamide derivatives in cancer cells, by binding and activation of different receptors and distinct signaling pathways. Other conjugates with serotonin or dopamine have been found to exert anti-inflammatory activities in breast tumor microenvironment, indicating the importance of these compounds as modulators of tumor epithelial/stroma interplay. The objective of this review is to provide a general overview and an update of the current n-3 PUFA derivative research and to highlight intriguing aspects of the potential therapeutic benefits of these low-toxicity compounds in breast cancer treatment and care.”

“Anticancer effects of n-3 EPA and DHA and their endocannabinoid derivatives on breast cancer cell growth and invasion.”  https://www.ncbi.nlm.nih.gov/pubmed/31679810

“Cannabinoids, commonly used for medicinal and recreational purposes, consist of various complex hydrophobic molecules obtained from Cannabis sativa L. Acting as an inhibitory molecule; they have been investigated for their antineoplastic effect in various breast tumor models. Lately, it was found that cannabinoid treatment not only stimulates autophagy-mediated apoptotic death of tumor cells through unfolded protein response (UPRER) activated downstream effectors, but also imposes cell cycle arrest. The exploitation of UPRER tumors as such is believed to be a major molecular event and is therefore employed in understanding the development and progression of breast tumor. Simultaneously, the data on clinical trials following administration of cannabinoid is currently being explored to find its role not only in palliation but also in the treatment of breast cancer. The present study summarizes new achievements in understanding the extent of therapeutic progress and highlights recent developments in cannabinoid biology towards achieving a better cure of breast cancer through the exploitation of different cannabinoids.” “A flowering plant of variegated ingredients and psychoactive qualities, Cannabis has long been used for medicinal and recreational purposes.

Regulatory approvals have been gained across a broad range of palliative and therapeutic indications, and in some cases, included in standard treatment guidelines.

Areas covered: The use of Cannabis and cannabinoid-based-medicines in oncology is summarized in this article. Cannabinoids were classified according to natural and synthetic subtypes and their mechanisms of action expounded. The variability of available products is discussed in the clinical context and data regarding chemotherapy-induced nausea and vomiting, cancer-related pain, anorexia, insomnia and anxiety are presented.

Moreover, immunological and antineoplastic effects in preclinical and clinical trials are addressed. Concepts such as synergism or opposition with conventional treatment modalities, sequence of administration and dosage, molecular cross-talk and malignancy-cannabinoid congruence, are explored. Finally, side-effects, limitations in trial design and legislation barriers are related.

Expert opinion: Sufficient evidence supports use of Cannabis for palliative indications in oncology, however, patients should be carefully selected, guided and followed. Promising research suggests potent antineoplastic activity, but more data must be accrued before conclusions can be drawn.”

“Studies have emphasized an antineoplastic effect of the non-psychoactive, phyto-cannabinoid, Cannabidiol (CBD). However, the molecular mechanism underlying its antitumor activity is not fully elucidated.

In both cell lines, CBD inhibited cell survival and induced apoptosis in a dose dependent manner as observed by MTT assay, morphological changes, DNA fragmentation and ELISA apoptosis assay. CBD-induced apoptosis was accompanied by down-regulation of mTOR, cyclin D1 and up-regulation and localization of PPARγ protein expression in the nuclei and cytoplasmic of the tested cells.

The results suggest that CBD treatment induces an interplay among PPARγ, mTOR and cyclin D1 in favor of apoptosis induction in both ER-positive and triple negative breast cancer cells, proposing CBD as a useful treatment for different breast cancer subtypes.”

“Many in vitro and in vivo studies have reported on the antitumorigenic effects of plant-derived cannabinoids (CBDs) and their synthetic analogs, including effects in inducing apoptosis and inhibiting tumor cell growth and metastasis.

Over the years, many in vitro and in vivo studies have shown the antineoplastic effects of cannabinoids (CBDs), with reports advocating for investigations of combination therapy approaches that could better leverage these effects in clinical translation.

This study explores the potential of combination approaches employing CBDs with radiotherapy (RT) or smart biomaterials toward enhancing therapeutic efficacy during treatment of pancreatic and lung cancers. In in vitro studies, clonogenic assay results showed greater effective tumor cell killing, when combining CBDs and RT. Meanwhile, in vivo study results revealed major increase in survival when employing smart biomaterials for sustained delivery of CBDs to tumor cells. The significance of these findings, considerations for further research, and viable roadmap to clinical translation are discussed.

The advantage of combining CBDs with other therapies is that this may allow simultaneous targeting of tumor progression at different levels, while minimizing toxicities for these therapies relative to toxicities from higher doses when used as monotherapies.”
https://www.ncbi.nlm.nih.gov/pubmed/29740535
https://www.frontiersin.org/articles/10.3389/fonc.2018.00114/full

“Cannabis Science Announces the Second Frontiers Peer-Reviewed Publication of its Research Results on the Use of Cannabinoids in the Treatment of Cancers”  https://globenewswire.com/news-release/2018/05/01/1493854/0/en/Cannabis-Science-Announces-the-Second-Frontiers-Peer-Reviewed-Publication-of-its-Research-Results-on-the-Use-of-Cannabinoids-in-the-Treatment-of-Cancers.html

“Δ9-tetrahydrocannabinolic acid A (THCA-A) is the acidic precursor of Δ9-tetrahydrocannabinol (THC), the main psychoactive compound found in Cannabis sativa. THCA-A is biosynthesized and accumulated in glandular trichomes present on flowers and leaves, where it serves protective functions and can represent up to 90% of the total THC contained in the plant. THCA-A slowly decarboxylates to form THC during storage and fermentation and can further degrade to cannabinol. Decarboxylation also occurs rapidly during baking of edibles, smoking, or vaporizing, the most common ways in which the general population consumes Cannabis. Contrary to THC, THCA-A does not elicit psychoactive effects in humans and, perhaps for this reason, its pharmacological value is often neglected. In fact, many studies use the term “THCA” to refer indistinctly to several acid derivatives of THC. Despite this perception, many in vitro studies seem to indicate that THCA-A interacts with a number of molecular targets and displays a robust pharmacological profile that includes potential anti-inflammatory, immunomodulatory, neuroprotective, and antineoplastic properties. Moreover, the few in vivo studies performed with THCA-A indicate that this compound exerts pharmacological actions in rodents, likely by engaging type-1 cannabinoid (CB1) receptors. Although these findings may seem counterintuitive due to the lack of cannabinoid-related psychoactivity, a careful perusal of the available literature yields a plausible explanation to this conundrum and points toward novel therapeutic perspectives for raw, unheated Cannabis preparations in humans.”