“Neuropsychiatric disorders, such as addiction, are associated with cognitive impairment, including learning and memory deficits.

Previous research has demonstrated that the chronic use of methamphetamine (METH) induces long-term cognitive impairment and cannabidiol (CBD), as a neuroprotectant, can reverse spatial memory deficits induced by drug abuse.

The study aimed to evaluate the effect of CBD on METH-induced memory impairment in rats chronically exposed to METH (CEM).

For the induction of CEM, animals received METH (2 mg/kg, twice/day) for 10 days. Thereafter, the effect of intracerebroventricular (ICV) administration of CBD (32 and 160 nmol) during the (10 days) abstinence period on spatial memory was evaluated using the Y-Maze test, while recognition memory was examined using the novel object recognition (NOR) test.

The results revealed a significant increase in the motor activity of METH-treated animals compared with the control group and, after the 10-day abstinence period, motor activity returned to baseline. Notably, the chronic administration of METH had impairing effects on spontaneous alternation performance and recognition memory, which was clearly observed in the NOR test.

Additionally, although the ICV administration of CBD (160 nmol) could reverse long-term memory, a lower dose (32 nmol) did not result in any significant increase in exploring the novel object during short-term memory testing.

These novel findings suggest that the chronic administration of METH induces memory impairment and presents interesting implications for the potential use of CBD in treating impairment deficits after chronic exposure to psychostimulant drugs such as METH.”

“Antioxidant phytocannabinoids, synthetic compounds targeting the CB2 receptor, and inhibitors of the endocannabinoid inactivation afforded neuroprotection in SOD1G93A mutant mice, a model of ALS. These effects may involve the activation of PPAR-γ too.

Here, we have investigated the neuroprotective effects in SOD1G93A mutant mice of the cannabigerol derivative VCE-003.2, which works as by activating PPAR-γ.

As expected, SOD1G93Atransgenic mice experienced a progressive weight loss and neurological deterioration, which was associated with a marked loss of spinal cholinergic motor neurons, glial reactivity, and elevations in several biochemical markers (cytokines, glutamate transporters) that indirectly reflect the glial proliferation and activation in the spinal cord. The treatment with VCE-003.2 improved most of these neuropathological signs.

It attenuated the weight loss and the anomalies in neurological parameters, preserved spinal cholinergic motor neurons, and reduced astroglial reactivity. VCE-003.2 also reduced the elevations in IL-1β and glial glutamate transporters. Lastly, VCE-003.2 attenuated the LPS-induced generation of TNF-α and IL-1β in cultured astrocytes obtained from SOD1G93Atransgenic newborns, an effect also produced by rosiglitazone, then indicating a probable PPAR-γ activation as responsible of its neuroprotective effects.

In summary, our results showed benefits with VCE-003.2 in SOD1G93A transgenic mice supporting PPAR-γ as an additional neuroprotective target available for cannabinoids in ALS. Such benefits would need to be validated in other ALS models prior to be translated to the clinical level.”

These results suggested that the neuroprotective effect of cannabidiol may be related to the increase in CBF through the serotonergic 5-HT1A receptor.”

“Cannabidiol is the nonpsychoactive natural component of C. sativa that has been shown to be neuroprotective in multiple animal models.

Our interest is to advance a therapeutic candidate for the orphan indication hepatic encephalopathy (HE). HE is a serious neurological disorder that occurs in patients with cirrhosis or liver failure.

Although cannabidiol is effective in models of HE, it has limitations in terms of safety and oral bioavailability.

Herein, we describe a series of side chain modified resorcinols that were designed for greater hydrophilicity and “drug likeness”, while varying hydrogen bond donors, acceptors, architecture, basicity, neutrality, acidity, and polar surface area within the pendent group.

Our primary screen evaluated the ability of the test agents to prevent damage to hippocampal neurons induced by ammonium acetate and ethanol at clinically relevant concentrations.

Notably, KLS-13019 was 50-fold more potent and >400-fold safer than cannabidiol and exhibited an in vitro profile consistent with improved oral bioavailability.”

In the current study, we use a rat model of binge alcohol consumption to determine the potential of cannabidiol (CBD) as a neuroprotectant against ethanol-induced neurotoxicity…

…we evaluated CBD as a neuroprotectant in a rat binge ethanol model.

When administered concurrently with binge ethanol exposure, CBD protected against hippocampal and entorhinal cortical neurodegeneration in a dose-dependent manner.

“One of the most important causes of brain injury in the neonatal period is a perinatal hypoxic-ischemic event. This devastating condition can lead to long-term neurological deficits or even death. After hypoxic-ischemic brain injury, a variety of specific cellular mechanisms are set in motion, triggering cell damage and finally producing cell death.

Among them, the endocannabinoid system emerges as a natural system of neuroprotection.

The endocannabinoid system modulates a wide range of physiological processes in mammals and has demonstrated neuroprotective effects in different paradigms of acute brain injury, acting as a natural neuroprotectant. 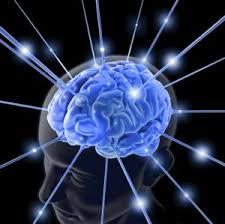 “Perinatal hypoxia-ischemia remains the single most important cause of brain injury in the newborn, leading to death or lifelong sequelae.

Because of the fact that there is still no specific treatment for perinatal brain lesions due to the complexity of neonatal hypoxic-ischemic pathophysiology, the search of new neuroprotective therapies is of great interest.

In this regard, therapeutic possibilities of the endocannabinoid system have grown lately.

The endocannabinoid system modulates a wide range of physiological processes in mammals and has demonstrated neuroprotective effects in different paradigms of acute brain injury, acting as a natural neuroprotectant.

Concerning perinatal asphyxia, the neuroprotective role of this endogenous system is emerging these years.

The present review mainly focused on the current knowledge of the cannabinoids as a new neuroprotective strategy against perinatal hypoxic-ischemic brain injury.

Doctor of Oriental and Pastoral Medicine

“Dr. Sean McAllister and Pierre Desprez claim they’ve successfully used cannabidiol to fight animal genes involved in the spread of cancer. “We found this one compound had a specific effect on metastatic cancer cells, very aggressive tumor cells,” McAllister says. Cannabidiol, the research appears to show, helps shut down receptors that inhibit cancerous cells from metastasizing.  “We find when you treat with cannabidiol, you down regulate the expression of this protein, and that inhibits the disease process.” Unlike THC, the ingredient in marijuana that makes you feel stoned, cannabidiol is a non-toxic compound of the plant that has no psychoactive qualities.

I already published that marijuana is the best medicine for 3-year-old Cash Hyde of Missoula, Montana. The boy’s parent’s defied doctor’s orders—and Montana law—to get their hands on the medicinal treatment their son needed after he was diagnosed with recurring brain tumors at 22 months old. “I’ve had law enforcement threatening to kick my door down, but I would have done anything to keep Cashy alive,” said Mike Hyde, who has long been a proponent of the drug, told ABCNews.com.

My book on Medical Marijuana goes into the research from around the globe, including from Harvard University that sustains the conclusions of doctors McAllister and Desprez.

Dixie Botanicals is shipping Cannabidiol from Denver Colorado to all fifty states though of course one can grow marijuana oneself and or use regular marijuana strains if one lives in one of the now fifteen states that has made medical marijuana legal.

I take great exception to the Obama administration that has continued to resist the legalization on a federal level of medical marijuana. They still insist that there is no medical use for marijuana when all the science proves the government to be dead wrong. They hunt the world for terrorists but some of the worst live and work right in Washington DC. Terrorists are people who hurt others and I do not see the difference between those who use guns and those who use drugs or deny the population the natural substances they need to be well.

Of course marijuana is extremely effective for other diseases. The most recent I have read about: Medical pot treats boy’s epilepsy, without getting him high. The little boy has been swallowing droppers full of a solution made mostly of cannabidiol, or CBD, the second most prominent of marijuana’s 100 or so cannabinoids. Unlike the dominant THC, cannabidiol is not psychoactive, so the sweet-tasting infusion Jayden takes four times a day doesn’t make him high.

Down from 22 prescription pills per day to four, he now eats solid food, responds to his father’s incessant requests for kisses and dances in his Modesto living room to the “Yo Gabba Gabba!” theme song. The frequency and intensity of his seizures have been greatly reduced.

CBD was virtually bred out of U.S. plants decades ago by growers whose customers preferred the mind-altering properties of high-THC varietals. Yet it is experiencing a resurgence, having shown promise as an anti-inflammatory, anticonvulsant, neuroprotectant and cancer-fighting agent.

Studies have shown THC is “overwhelmingly anticonvulsant” in animals, said Dr. Ben Whalley, a researcher at Britain’s University of Reading, but CBD and some other non-psychoactive cannabinoids have shown similar effects without the mind-altering downside.”