“Autophagy is a “self-degradation” process whereby malfunctioned cytoplasmic constituents and protein aggregates are engulfed by a vesicle called the autophagosome, and subsequently degraded by the lysosome. Autophagy plays a crucial role in sustaining protein homeostasis and can be an alternative source of energy under detrimental circumstances. Studies have demonstrated a paradoxical function for autophagy in cancer, displaying both tumour suppressive and tumour promotive roles. In early phases of tumour development autophagy promotes cancer cell death. In later phases, autophagy enables cancer cells to survive and withstand therapy.

Cannabinoids, which are derivatives of the Cannabis sativa L. plant, have shown to be associated with autophagy induction in cells. There is an emerging interest in studying the signalling pathways involved in cannabinoid-induced autophagy and their potential application in anticancer therapies. In this review, the molecular mechanisms involved in the autophagy degradation process will be discussed. This review also highlights a role for autophagy in cancer progression, with cannabinoid-induced autophagy presenting a novel strategy for anticancer therapy.”

“This review examines the complex function of autophagy in malignancy and explores its regulation by cannabinoids in different cancers. Autophagy is an important process in the maintenance of cellular homeostasis, through the degradation and recycling of cytoplasmic constituents. The action of autophagy is highly dependent on tumour stage and type and the receptors with which ligands interact. Cannabinoids are growingly being acknowledged for their anticancer activities and are known to stimulate several mechanisms such as apoptosis and autophagy. Better understanding the mechanism of action behind autophagy and its regulation by cannabinoids will allow the development of novel cancer therapeutics.”
https://www.mdpi.com/2072-6694/13/6/1211

“This study evaluated the synergistic anti-cancer potential of cannabinoid combinations across the MDA-MB-231 and MCF-7 human breast cancer cell lines. Cannabinoids were combined and their synergistic interactions were evaluated using median effect analysis.

The most promising cannabinoid combination (C6) consisted of tetrahydrocannabinol, cannabigerol (CBG), cannabinol (CBN), and cannabidiol (CBD), and displayed favorable dose reduction indices and limited cytotoxicity against the non-cancerous breast cell line, MCF-10A. C6 exerted its effects in the MCF-7 cell line by inducing cell cycle arrest in the G2 phase, followed by the induction of apoptosis.

The selectivity and ability of cannabinoids to halt cancer cell proliferation via pathways resembling apoptosis, autophagy, and paraptosis shows promise for cannabinoid use in standardized breast cancer treatment.” 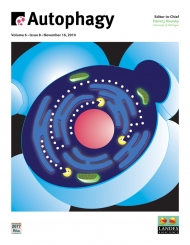 “Autophagy is considered primarily a cell survival process, although it can also lead to cell death. However, the factors that dictate the shift between these 2 opposite outcomes remain largely unknown. In this work, we used Δ9-tetrahydrocannabinol (THC, the main active component of marijuana, a compound that triggers autophagy-mediated cancer cell death) and nutrient deprivation (an autophagic stimulus that triggers cytoprotective autophagy) to investigate the precise molecular mechanisms responsible for the activation of cytotoxic autophagy in cancer cells. By using a wide array of experimental approaches we show that THC (but not nutrient deprivation) increases the dihydroceramide:ceramide ratio in the endoplasmic reticulum of glioma cells, and this alteration is directed to autophagosomes and autolysosomes to promote lysosomal membrane permeabilization, cathepsin release and the subsequent activation of apoptotic cell death. These findings pave the way to clarify the regulatory mechanisms that determine the selective activation of autophagy-mediated cancer cell death.”

“It is well-established that cannabinoids exert palliative effects on some cancer-associated symptoms. In addition evidences obtained during the last fifteen years support that these compounds can reduce tumour growth in animal models of cancer.

Cannabinoids have been shown to activate an ER-stress related pathway that leads to the stimulation of autophagy-mediated cancer cell death.

The mechanisms of resistance to cannabinoid anticancer action as well as the possible strategies to develop cannabinoid-based combinational therapies to fight cancer have also started to be explored.

In this review we will summarize these observations (that have already helped to set the bases for the development of the first clinical studies to investigate the potential clinical benefit of using cannabinoids in anticancer therapies) and will discuss the possible future avenues of research in this area.” http://www.ncbi.nlm.nih.gov/pubmed/26071989

“… cannabinoids have been shown to alleviate nausea and vomit induced by chemotherapy and several cannabinoid-based medicines [Marinol (THC) and Cesamet (nabilone, a synthetic analogue of THC)] are approved for this purpose. Cannabinoids also inhibit pain, and Sativex (a standardized cannabis extract) has been approved in Canada for the treatment of cancer-associated pain. Other potential palliative effects of cannabinoids in oncology include appetite stimulation and attenuation of wasting. In addition to these palliative actions of cannabinoids in cancer patients, THC and other cannabinoids exhibit antitumour effects in animal models of cancer… a large body of scientific evidences strongly support THC and other cannabinoid agonists exert anticancer actions in preclinical models of cancer… In conclusion there exist solid scientific evidences supporting that cannabinoids exhibit a remarkable anticancer activity in preclinical models of cancer. Since these agents also show an acceptable safety profile, clinical studies aimed at testing them as single agents or in combinational therapies are urgently needed.” http://www.sciencedirect.com/science/article/pii/S0278584615001190
http://www.thctotalhealthcare.com/category/cancer/

Targeting autophagy is a novel means to promote cancer cell death in chemotherapy-resistant tumours and the aim of the present study was to test the hypothesis that cannabinoids promote autophagy-dependent apoptosis in melanoma.

Treatment with Δ9-Tetrahydrocannabinol (THC) resulted in the activation of autophagy, loss of cell viability and activation of apoptosis, while co-treatment with chloroquine or knockdown of Atg7, but not Beclin-1 or Ambra1, prevented THC-induced autophagy and cell death in vitro. 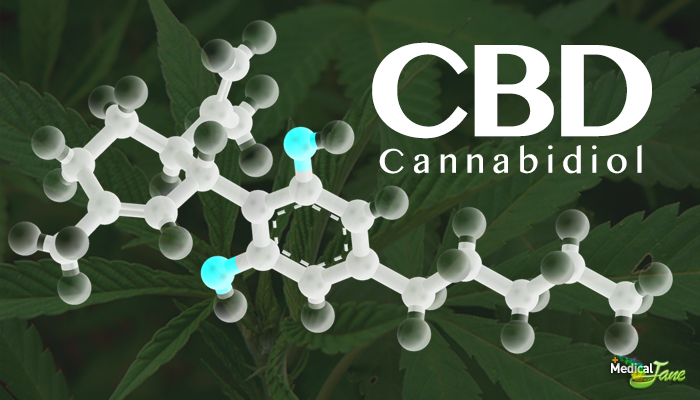 “Cannabidiol (CBD) has been on the receiving end of a lot of attention from the scientific community for several decades now.

However, it is only now that we are really starting to begin to get a grasp on how wonderful this cannabinoid truly is.

A study from 2011 states that cannabidiol is considered an antineoplastic agent on the basis of its in vitro and in vivo activity against tumor cells. However, the exact molecular mechanism through which CBD works in this capacity is yet to be understood. The study, titled “Cannabidiol Induces Programmed Cell Death in Breast Cancer Cells by Coordinating the Cross-talk between Apoptosis and Autophagy,” focuses on how CBD can kill breast cancer cells. Breast cancer is the second leading cause of cancer-related death in women in the United States.

What the scientists found was that CBD influences apoptosis by interacting with a key protein, called beclin-1, found within the cancerous cell. Beclin-1 is also known to play a key role in autophagy, or cellular self-degradation of non-vital components, which may lead to programmed cell death. This causes a distortion of the electrical signals between the outer mitochondrial membrane and the rest of the cell, disrupting the transfer to the cell interior of certain molecules that are necessary for metabolism. What this means is that the cell cannot transfer energy, and the cell starves to death, and in doing so activates the self-destruction process of apoptosis.

The study concludes by stating, “In summary, we showed that CBD, a plant-derived cannabinoid, preferentially kills breast cancer cells by inducing ER stress, inhibiting mTOR signaling, enhancing ROS generation, and mediating a complex balance between autophagy and mitochondria-mediated apoptosis in MDA-MB-231 breast cancer cells. These findings support the continued exploration of CBD as an alternative agent for breast cancer treatment.””

In conclusion, at our knowledge, our results are the first to show that the reduction of PPARγ levels contributes to WIN-induced colon carcinoma cell death by blocking the pro-survival autophagic response of cells.” “Studies in Spain have shown findings that Tetrahydrocannabinol (THC), the active ingredient found in marijuana, can induce the death of brain cancer cells, according to scientist Guillermo Velasco and his research team from the School of Biology at Complutense University in Madrid.

In a laboratory study where mice were “engineered” to carry three varying kinds of human cancer tumor grafts, THC was introduced into the brain, triggering a self-digestion development on a cellular level, known as “autophagy.” Within this process, the research team managed to isolate the particular activation route from which this process evolved.

The research team was also conducting clinical trials in concert, on two consenting brain cancer patients, said to be suffering from a rapidly aggressive form of cancer, known as “recurrent glioblastoma multiforme.”

The team, using electron microscopes to analyze brain tissue extracted before and after the 26 to 30-day regime, found that the THC had eradicated cancer cells, leaving the healthy cells undamaged.

The findings can now lend themselves to future design in newer cancer therapies, using the concept of autophagy activation.”

“New research out of Spain suggests that THC — the active ingredient in marijuana — appears to prompt the death of brain cancer cells.

The finding is based on work with mice designed to carry human cancer tumors, as well as from an analysis of THC’s impact on tumor cells extracted from two patients coping with a highly aggressive form of brain cancer.

Explaining that the introduction of THC into the brain triggers a cellular self-digestion process known as “autophagy,” study co-author Guillermo Velasco said his team has isolated the specific pathway by which this process unfolds, and noted that it appears “to kill cancer cells, while it does not affect normal cells…”

The findings were published in the April issue of The Journal of Clinical Investigation.”: http://www.jci.org/articles/view/37948