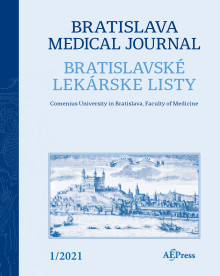 “Cannabis sativa may cause antitumor effects by various mechanisms, including inhibition of cell growth and tumor angiogenesis invasion, induction of cell death, and metastasis.

According to evidence, THC (Tetrahydrocannabinol), a natural component from C. Sativa, had antiangiogenic and antiproliferative effects.

The aim of this study is to explore the action of C. sativa on tau and stathmin gene existing in breast cancer cell.

It has also been reported that these compounds inhibit tumor cell spreading.

Here, we evaluated the effect of cannabinoids on matrix metalloproteinase (MMP) expression and its effect on tumor cell invasion.

This cannabinoid-induced inhibition of MMP-2 expression in gliomas.

As MMP-2 up-regulation is associated with high progression and poor prognosis of gliomas and many other tumors, MMP-2 down-regulation constitutes a new hallmark of cannabinoid antitumoral activity.

As selective CB2 receptor activation to mice has been shown to inhibit the growth and angiogenesis of gliomas, skin carcinomas and melanomas, our observations further support the possibility of finding cannabinoid-based antitumoral strategies devoid of nondesired psychotropic side effects.”

“Neuroblastoma (nbl) is one of the most common solid cancers in children. Prognosis in advanced nbl is still poor despite aggressive multimodality therapy. Furthermore, survivors experience severe long-term multi-organ sequelae. Hence, the identification of new therapeutic strategies is of utmost importance.

Cannabinoids and their derivatives have been used for years in folk medicine and later in the field of palliative care. Recently, they were found to show pharmacologic activity in cancer, including cytostatic, apoptotic, and antiangiogenic effects.

We investigated, in vitro and in vivo, the anti-nbl effect of the most active compounds in Cannabis, Δ(9)-tetrahydrocannabinol (thc) and cannabidiol (cbd)…

Both compounds have antitumourigenic activity in vitro and impeded the growth of tumour xenografts in vivo. Of the two cannabinoids tested, cbd was the more active. Treatment with cbd reduced the viability and invasiveness of treated tumour cells in vitro and induced apoptosis. Moreover, cbd elicited an increase in activated caspase 3 in treated cells and tumour xenografts.

Our results demonstrate the antitumourigenic action of cbd on nbl cells. Because cbd is a nonpsychoactive cannabinoid that appears to be devoid of side effects, our results support its exploitation as an effective anticancer drug in the management of nbl.”

“Neuroblastomas are cancers that start in early nerve cells (called neuroblasts) of the sympathetic nervous system, so they can be found anywhere along this system.”  http://www.cancer.org/cancer/neuroblastoma/detailedguide/neuroblastoma-what-is-neuroblastoma

“Macrophages are pivotal effector cells in immune responses and tissue remodeling by producing a wide spectrum of mediators, including angiogenic and lymphangiogenic factors.

Activation of cannabinoid receptor types 1 and 2 has been suggested as a new strategy to modulate angiogenesis in vitro and in vivo.

Activation of cannabinoid receptors on tissue-resident macrophages might be a novel strategy to modulate macrophage-assisted vascular remodeling in cancer and chronic inflammation.”

“A large body of evidence shows that cannabinoids, in addition to their well-known palliative effects on some cancer-associated symptoms, can reduce tumour growth in animal models of cancer.

They do so by modulating key cell signalling pathways involved in the control of cancer cell proliferation and survival.

In addition, cannabinoids inhibit angiogenesis and cell proliferation in different types of tumours in laboratory animals.

By contrast, little is known about the biological role of the endocannabinoid system in cancer physio-pathology, and several studies suggest that it may be over-activated in cancer.

In this review, we discuss our current understanding of cannabinoids as antitumour agents, focusing on recent advances in the molecular mechanisms of action, including resistance mechanisms and opportunities for combination therapy approaches.”

Of these, antimetastatic and antiangiogenic actions have attracted considerable interest in the past years…

This chapter reviews the cell- and substance-specific antitumorigenic mechanisms of cannabinoids with particular consideration of their antimetastatic/anti-invasive and antiangiogenic actions.

In addition, beneficial interactions of cannabinoids with currently used chemotherapeutics as well as the influence of cannabinoids on tumor-immune surveillance are addressed.

“To evaluate, through a systematic review of the literature, the antitumoral effects of cannabinoids on gliomas…

In all experimental studies included, cannabinoids exerted antitumoral activity in vitro and/or antitumoral evidence in vivo in several models of tumor cells and tumors.

Additionally, most of the studies described that the canabinnoids exercised selective antitumoral action in several distinct tumor models. Thereby, normal cells used as controls were not affected.

The safety factor in the cannabinoids’ administration has also been demonstrated in vivo.

The various cannabinoids tested in multiple tumor models showed antitumoral effects both in vitro and in vivo.

These findings indicate that cannabinoids are promising compounds for the treatment of gliomas.”

Cannabinoids-endocannabinoids are anti-inflammatory, anti-proliferative, anti-invasive, anti-metastatic and pro-apoptotic in most cancers, in vitro and in vivo in animals.

Evidence in vivo and in vitro shows EPA and DHA can form endocannabinoids that: (i) are ligands for CB(½) receptors and possibly TRPV-1, (ii) have non-receptor mediated bioactivity, (iii) induce cell cycle arrest, (iii) increase autophagy and apoptosis, and (iv) augment chemotherapeutic actions in vitro. They can also form bioactive, eicosanoid-like products that appear to be non-CBR ligands but have effects on PPARs and NF-kB transcription factors. The use of cannabinoids in cancer treatment is currently limited to chemo- and radio-therapy-associated nausea and cancer-associated pain apart from one trial on brain tumours in patients. Further clinical studies are urgently required to determine the true potential of these intriguing, low toxicity compounds in cancer therapy. Particularly in view of their synergistic effects with chemotherapeutic agents similar to that observed for n-3 LCPUFA.”  https://www.ncbi.nlm.nih.gov/pubmed/23103355