“Cannabidiol (CBD) is one of the prominent phytocannabinoids found in Cannabis sativa, differentiating from Δ9-tetrahydrocannabinol (THC) for its non-intoxicating profile and its antianxiety/antipsychotic effects. CBD is a multi-target drug whose anti-convulsant properties are supposed to be independent of endocannabinoid receptor CB1 and might be related to several underlying mechanisms, such as antagonism on the orphan GPR55 receptor, regulation of adenosine tone, activation of 5HT1A receptors and modulation of calcium intracellular levels. CBD is a lipophilic compound with low oral bioavailability (6%) due to poor intestinal absorption and high first-pass metabolism. Its exposure parameters are greatly influenced by feeding status (ie, high fat-containing meals). It is mainly metabolized by cytochrome P 450 (CYP) 3A4 and 2C19, which it strongly inhibits.

A proprietary formulation of highly purified, plant-derived CBD has been recently licensed as an adjunctive treatment for Dravet syndrome (DS) and Lennox-Gastaut syndrome (LGS), while it is being currently investigated in tuberous sclerosis complex. The regulatory agencies’ approval was granted based on four pivotal double-blind, placebo-controlled, randomized clinical trials (RCTs) on overall 154 DS patients and 396 LGS ones, receiving CBD 10 or 20 mg/kg/day BID as active treatment. The primary endpoint (reduction in monthly seizure frequency) was met by both CBD doses.

Most patients reported adverse events (AEs), generally from mild to moderate and transient, which mainly consisted of somnolence, sedation, decreased appetite, diarrhea and elevation in aminotransferase levels, the last being documented only in subjects on concomitant valproate therapy. The interaction between CBD and clobazam, likely due to CYP2C19 inhibition, might contribute to some AEs, especially somnolence, but also to CBD clinical effectiveness. Cannabidivarin (CBDV), the propyl analogue of CBD, showed anti-convulsant properties in pre-clinical studies, but a plant-derived, purified proprietary formulation of CBDV recently failed the Phase II RCT in patients with uncontrolled focal seizures.”

“Interest in cannabis and its related cannabinoids THC and CBD for use as anti-convulsant therapy has been progressively increasing. While the destigmatization of cannabis and cannabis related research have progressed in the last few decades, there are still many questions that remain answered. This review seeks to summarize the progress made in cannabis research in the past four decades and to identify possible directions for future research that are critical for the development of cannabinoid-based therapy in epilepsy.”

Over a 14-week period, children taking 20 mg/kg/day of cannabidiol had a 22.8% reduction (95% confidence interval 5.4–41.1) in seizure frequency compared to a 4-week baseline period. Median convulsive frequency fell from 12.4 to 5.9 per month on cannabidiol, while the placebo group had no change from baseline. No attempt was made to measure non-convulsive seizures (e.g. absences). Subjects took a median of three other anti-convulsant drugs during the trial. Adverse effects were common with cannabidiol, particularly somnolence, fatigue, loss of appetite, vomiting and diarrhoea. Eight patients in the cannabidiol group withdrew compared to one in the placebo group.

Nevertheless, 62% of caregivers in the cannabidiol group felt the patient’s overall condition had improved, using a validated global score, compared to 34% in the placebo group (P = 0.02). Unfortunately, the high rate of adverse events may have led to widespread loss of caregiver blinding, and the study is relatively short term. Nevertheless, the reduction in seizures is clinically relevant, and further longer-term randomised controlled trials are clearly warranted. ” https://www.ncbi.nlm.nih.gov/pubmed/29314377  http://onlinelibrary.wiley.com/doi/10.1111/jpc.13803/full 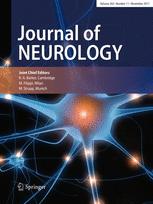 “Despite an increasing number of anti-epileptic drugs (AEDs), the proportion of drug-resistant cases of epilepsy has remained fairly static at around 30% and the search for new and improved AEDs continues.

Cannabis has been used as a medical treatment for epilepsy for thousands of years; it contains many active compounds, the most important being tetrahydrocannabinol, which has psychoactive properties, and cannabidiol, which does not.

Animal models and clinical data to date have suggested that cannabidiol is more useful in treating epilepsy; there is limited evidence that tetrahydrocannabinol has some pro-convulsant effects in animal models. The mechanism by which cannabidiol exerts its anti-convulsant properties is currently unclear.

Conclusion. The evidence is increasing that cannabidiol is an effective treatment option for childhood onset severe treatment-resistant epilepsies with a tolerable side effect and safety profile. Further evidence is needed before cannabidiol can be considered in more common or adult onset epilepsies. Longer-term safety data for cannabidiol, particularly considering its effects on the developing brain, are also required.”

“The isolation and identification of the discrete plant cannabinoids in marijuana revived interest in analyzing historical therapeutic claims made for cannabis in clinical case studies and anecdotes. In particular, sources as old as the 11th and 15th centuries claimed efficacy for crude marijuana extracts in the treatment of convulsive disorders, prompting a particularly active area of preclinical research into the therapeutic potential of plant cannabinoids in epilepsy.

Since that time, a large body of literature has accumulated describing the effects of several of the >100 individual plant cannabinoids in preclinical models of seizures, epilepsy, epileptogenesis, and epilepsy-related neuroprotection. We surveyed the literature for relevant reports of such plant cannabinoid effects and critically reviewed their findings.

We found that acute CB1R agonism in simple models of acute seizures in rodents typically produces anti-convulsant effects whereas CB1R antagonists exert converse effects in the same models. However, when the effects of such ligands are examined in more complex models of epilepsy, epileptogenesis and neuroprotection, a less simplistic narrative emerges.

Here, the complex interactions between (i) brain regions involved in a given model, (ii) relative contributions of endocannabinoid signaling to modulation of synaptic transmission in such areas, (iii) multi-target effects, (iv) cannabinoid type 1 and type 2 receptor signaling interactions and, (v) timing, (vi) duration and (vii) localization of ligand administration suggest that there is both anti-epileptic therapeutic potential and a pro-epileptic risk in up- and down-regulation of endocannabinoid signaling in the central nervous system.

Factors such receptor desensitization and specific pharmacology of ligands used (e.g. full vs partial agonists and neutral antagonists vs inverse agonists) also appear to play an important role in the effects reported.

Furthermore, the effects of several plant cannabinoids, most notably cannabidiol (CBD) and cannabidavarin (CBDV), in models of seizures, epilepsy, epileptogenesis, and neuroprotection are less ambiguous, and consistent with reports of therapeutically beneficial effects of these compounds in clinical studies.

However, continued paucity of firm information regarding the therapeutic molecular mechanism of CBD/CBDV highlights the continued need for research in this area in order to identify as yet under-exploited targets for drug development and raise our understanding of treatment-resistant epilepsies.

The recent reporting of positive results for cannabidiol treatment in two Phase III clinical trials in treatment-resistant epilepsies provides pivotal evidence of clinical efficacy for one plant cannabinoid in epilepsy.

Moreover, risks and/or benefits associated with the use of unlicensed Δ9-THC containing marijuana extracts in pediatric epilepsies remain poorly understood.

Therefore, in light of these paradigm-changing clinical events, the present review’s findings aim to drive future drug development for newly-identified targets and indications, identify important limitations of animal models in the investigation of plant cannabinoid effects in the epilepsies, and focuses future research in this area on specific, unanswered questions regarding the complexities of endocannabinoid signaling in epilepsy.”

“Since 24 states and the District of Columbia have legalized marijuana in some form, suppliers of legal marijuana have developed Cannabis sativa products for use in electronic cigarettes (e-cigarettes).

Personal battery powered vaporizers, or e-cigarettes, were developed to deliver a nicotine vapor such that smokers could simulate smoking tobacco without the inherent pathology of inhaled tobacco smoke. The liquid formulations used in these devices are comprised of an active ingredient such as nicotine mixed with vegetable glycerin (VG) and/or propylene glycol (PG) and flavorings.

A significant active ingredient of C. sativa, cannabidiol (CBD), has been purported to have anti-convulsant, anti-nociceptive, and anti-psychotic properties. These properties have potential medical therapies such as intervention of addictive behaviors, treatments for epilepsy, management of pain for cancer patients, and treatments for schizophrenia.

However, CBD extracted from C. sativa remains a DEA Schedule I drug since it has not been approved by the FDA for medical purposes.

Two commercially available e-cigarette liquid formulations reported to contain 3.3 mg/mL of CBD as the active ingredient were evaluated. These products are not regulated by the FDA in manufacturing or in labeling of the products and were found to contain 6.5 and 7.6 mg/mL of CBD in VG and PG with a variety of flavoring agents. Presently, while labeled as to content, the quality control of manufacturers and the relative safety of these products is uncertain.”

“Crack-cocaine use is prevalent in numerous countries, yet concentrated primarily – largely within urban contexts – in the Northern and Southern regions of the Americas. It is associated with a variety of behavioral, physical and mental health and social problems which gravely affect users and their environments. Few evidence-based treatments for crack-cocaine use exist and are available to users in the reality of street drug use. Numerous pharmacological treatments have been investigated but with largely disappointing results.

An important therapeutic potential for crack-cocaine use may rest in cannabinoids, which have recently seen a general resurgence for varied possible therapeutic usages for different neurological diseases.

Distinct potential therapeutic benefits for crack-cocaine use and common related adverse symptoms may come specifically from cannabidiol (CBD) – one of the numerous cannabinoid components found in cannabis – with its demonstrated anxiolytic, anti-psychotic, anti-convulsant effects and potential benefits for sleep and appetite problems.

The possible therapeutic prospects of cannabinoids are corroborated by observational studies from different contexts documenting crack-cocaine users’ ‘self-medication’ efforts towards coping with crack-cocaine-related problems, including withdrawal and craving, impulsivity and paranoia.

Cannabinoid therapeutics offer further benefits of being available in multiple formulations, are low in adverse risk potential, and may easily be offered in community-based settings which may add to their feasibility as interventions for – predominantly marginalized – crack-cocaine user populations.

Given the high prevalence of this grave substance use problem in the Americas, opportunities for such research should urgently be created and facilitated there.”

“Status epilepticus (SE) is a medical emergency associated with a high rate of mortality if not treated promptly.

Exogenous and endogenous cannabinoids have been shown to possess anticonvulsant properties both in vivo and in vitro.

Here we study the influence of endocannabinoid metabolism on the development of kainic acid-induced SE in guinea pigs.

The present study provides electrophysiologic and behavioral evidences that inhibition of endocannabinoid metabolism plays a protective role against kainic acid-induced SE and may be employed for therapeutic purposes.”