“Despite the constant development of new antiepileptic drugs (AEDs), more than 30% of patients develop refractory epilepsy (RE) characterized by a multidrug-resistant (MDR) phenotype. The “transporters hypothesis” indicates that the mechanism of this MDR phenotype is the overexpression of ABC transporters such as P-glycoprotein (P-gp) in the neurovascular unit cells, limiting access of the AEDs to the brain.

Recent clinical trials and basic studies have shown encouraging results for the use of cannabinoids in RE, although its mechanisms of action are still not fully understood. Here, we have employed astrocytes and vascular endothelial cell cultures subjected to hypoxia, to test the effect of cannabidiol (CBD) on the P-gp-dependent Rhodamine-123 (Rho-123) efflux.

Results show that during hypoxia, intracellular Rho-123 accumulation after CBD treatment is similar to that induced by the P-gp inhibitor Tariquidar (Tq). Noteworthy, this inhibition is like that registered in non-hypoxia conditions. Additionally, docking studies predicted that CBD could behave as a P-gp substrate by the interaction with several residues in the α-helix of the P-gp transmembrane domain.

Overall, these findings suggest a direct effect of CBD on the Rho-123 P-gp-dependent efflux activity, which might explain why the CBD add-on treatment regimen in RE patients results in a significant reduction in seizure frequency.”

“Interestingly, for several thousand years, humanity has given medicinal use to Cannabis sativa (Marijuana), even for the treatment of epileptic patients. Our results indicate that, in addition to the various effects previously described by CBD, this drug can also inhibit the active efflux of Rho-123, a known P-gp substrate, in two types of cells of the NVU, in a similar (though less potent) manner to TQ. Consistently, our in silico study indicates that CBD may bind the transmembrane domain of P-gp, possibly acting as a competitive inhibitor. CBD could thus be used as an adjuvant therapy to reverse the MDR phenotype as observed in patients with RE, which could explain its recent approval as an add-on therapy to treat severe refractory childhood epilepsies.”

“Cannabinoids are reported to rescue cocaine-induced seizures (CISs), a severe complication in cocaine users. However, the molecular targets for cannabinoid therapy of CISs remain unclear.

Here, we report that the systemic administration of cannabinoids alleviates CISs in a CB1/CB2-receptor-independent manner.

These findings suggest that using GlyR-hypersensitive cannabinoids may represent a potential therapeutic strategy for treating CISs.”

“Potential therapeutic actions of the cannabinoids delta-9-tetrahydrocannabinol (THC) and cannabidiol (CBD) are based on their activity as analgesics, anti-emetics, anti-inflammatory agents, anti-seizure compounds.

THC and CBD lipophilicity and their neurological actions makes them candidates as new medicinal approaches to treat central nervous system (CNS) diseases. However, they show differences about penetrability and disposition in the brain.

The present article is an overview about THC and CBD crossing the blood-brain barrier (BBB) and their brain disposition. Several findings indicate that CBD can modify the deleterious effects on BBB caused by inflammatory cytokines and may play a pivotal role in ameliorating BBB dysfunction consequent to ischemia. Thus supporting the therapeutic potential of CBD for the treatment of ischemic and inflammatory diseases of CNS.

Cannabinoids positive effects on cognitive function could be also considered through the aspect of protection of BBB cerebrovascular structure and function, indicating that they may purchase substantial benefits through the protection of BBB integrity. Delivery of these cannabinoids in the brain following different routes of administration (subcutaneous, oral, and pulmonary) is illustrated and commented. Finally, the potential role of cannabinoids in drug-resistance in the clinical management of neurological or psychiatric diseases such as epilepsy and schizophrenia is discussed on the light of their crossing the BBB.”

“The growing interest in cannabidiol (CBD), specifically a pure form of CBD, as a treatment for epilepsy, among other conditions, is reflected in recent changes in legislation in some countries.

Although there has been much speculation about the therapeutic value of cannabis-based products as an anti-seizure treatment for some time, it is only within the last two years that Class I evidence has been available for a pure form of CBD, based on placebo-controlled RCTs for patients with Lennox-Gastaut syndrome and Dravet syndrome.

However, just as we are beginning to understand the significance of CBD as a treatment for epilepsy, in recent years, a broad spectrum of products advertised to contain CBD has emerged on the market. The effects of these products are fundamentally dependent on the purity, preparation, and concentration of CBD and other components, and consensus and standardisation are severely lacking regarding their preparation, composition, usage and effectiveness.

This review aims to provide information to neurologists and epileptologists on the therapeutic value of CBD products, principally a purified form, in routine practice for patients with intractable epilepsy.”

“CBD was shown to have anti-seizure activity based on in vitro and in vivo models.

However, several reports of small series or case reports of the use of cannabis extracts in epilepsy yielded contradictory results and the efficacy of cannabis use in patients with epilepsy have also been inconclusive.

In 2013, the first Phase 1 trial for a purified form of CBD (Epidiolex/Epidyolex; >99% CBD), developed by GW Pharma, showed some efficacy signals and subsequently, a comprehensive program on the efficacy and tolerability of this compound for the treatment of drug-resistant epilepsies was initiated.

Results of these trials led to the FDA and EMA approval respectively in 2018 and 2019 for the treatment of seizures associated with two rare epilepsies: Lennox-Gastaut syndrome (LGS) or Dravet syndrome (DS) in patients two years of age and older.

“Much of the initial reports for cannabis use in seizure control centered on the compound 9-Δ-tetrahydrocannabinol (THC). However, due to the psychoactive properties of THC potential utility was somewhat limited and recent research has focused on non-psychoactive compounds such as cannabidiol (CBD).

The anti-seizure effects of CBD may come from mechanisms such as functional agonism or antagonism at several 7-transmembrane receptors, ion channels, and neurotransmitter transporters.

Recently, another compound that also is without psychoactive effects known as CBDV has also shown anti-seizure properties both in vivo and in vitro.

Many reports exist on illicit cannabis use through the smoking of marijuana by patients as a self-treatment.

Due to the unfortunate fact that many patients suffer from Drug-resistant epilepsy (DRE), cannabis-based treatments have great value.

Cannabis-based treatments offer some patients with DRE a great remedy for their condition with limited side effects.

This option may prevent some patients with DRE from needing to consider more invasive options such as surgical interventions. In case studies, open label studies, and RCTs, one can see drastic improvements in the frequency of seizures in patients with certain forms of epilepsy.

It is imperative to continue research into cannabis as a potential primary treatment for epilepsy, particularly those with DRE, to help improve quality of life for millions of people suffering from epilepsy.” 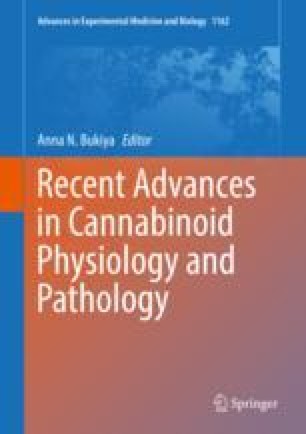 “The Cannabis plant has been used for many of years as a medicinal agent in the relief of pain and seizures. It contains approximately 540 natural compounds including more than 100 that have been identified as phytocannabinoids due to their shared chemical structure. The predominant psychotropic component is Δ9-tetrahydrocannabinol (Δ9-THC), while the major non-psychoactive ingredient is cannabidiol (CBD). These compounds have been shown to be partial agonists or antagonists at the prototypical cannabinoid receptors, CB1 and CB2. The therapeutic actions of Δ9-THC and CBD include an ability to act as analgesics, anti-emetics, anti-inflammatory agents, anti-seizure compounds and as protective agents in neurodegeneration. However, there is a lack of well-controlled, double blind, randomized clinical trials to provide clarity on the efficacy of either Δ9-THC or CBD as therapeutics. Moreover, the safety concerns regarding the unwanted side effects of Δ9-THC as a psychoactive agent preclude its widespread use in the clinic. The legalization of cannabis for medicinal purposes and for recreational use in some regions will allow for much needed research on the pharmacokinetics and pharmocology of medical cannabis. This brief review focuses on the use of cannabis as a medicinal agent in the treatment of pain, epilepsy and neurodegenerative diseases. Despite the paucity of information, attention is paid to the mechanisms by which medical cannabis may act to relieve pain and seizures.” 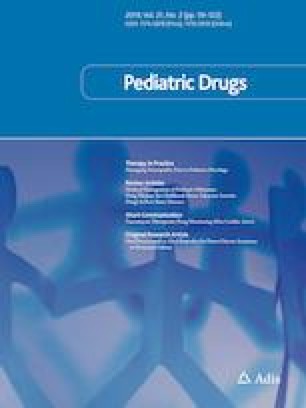 “A pharmaceutical grade formulation of cannabidiol (CBD) has been approved for the treatment of Dravet syndrome and Lennox-Gastaut syndrome; however, this formulation is not yet available to patients outside the USA. In addition, CBD is thought to have broad anti-seizure properties that may be beneficial for other types of intractable epilepsy.

The aim of this study was to evaluate the efficacy, safety and tolerability of artisanal medical CBD oil in patients with developmental and epileptic encephalopathy (DEE) at the tertiary epilepsy center of Bambino Gesù Children’s Hospital in Rome, Italy.

Twenty-nine patients were enrolled in this study (41.4% male). The mean duration of exposure to artisanal CBD was 11.2 months [range 6-25 months; standard deviation (SD) ± 4.4 months]. Mean age at study enrollment was 9.3 years (range 1.9-16.3 years; SD ± 4.7 years). Eleven out of 29 patients (37.9%) had a ≥ 50% improvement in seizure frequency; one patient became seizure free. None of the patients reported worsening seizure frequency; however, 18 patients (62.1%) experienced no beneficial effect regarding seizure frequency. Adverse effects were reported in seven patients (24.14%), most commonly somnolence, decreased appetite and diarrhea. Adverse events were mild and transient, and no dose modification of CBD or other AEDs was required.

“Cannabidiol (CBD) is one of the cannabinoids with non-psychotropic action, extracted from Cannabis sativa. CBD is a terpenophenol and it has received a great scientific interest thanks to its medical applications. This compound showed efficacy as anti-seizure, antipsychotic, neuroprotective, antidepressant and anxiolytic. The neuroprotective activity appears linked to its excellent anti-inflammatory and antioxidant properties. The purpose of this paper is to evaluate the use of CBD, in addition to common anti-epileptic drugs, in the severe treatment-resistant epilepsy through an overview of recent literature and clinical trials aimed to study the effects of the CBD treatment in different forms of epilepsy. The results of scientific studies obtained so far the use of CBD in clinical applications could represent hope for patients who are resistant to all conventional anti-epileptic drugs.”

“In the past two decades, there has been an increasing interest in the therapeutic potential of cannabinoids for neurological disorders such as epilepsy, multiple sclerosis, pain, and neurodegenerative diseases. Cannabis-based treatments for pain and spasticity in patients with multiple sclerosis have been approved in some countries. Randomised controlled trials of plant-derived cannabidiol for treatment of Lennox-Gastaut syndrome and Dravet syndrome, two severe childhood-onset epilepsies, provide evidence of anti-seizure effects. Despite positive results in these two severe epilepsy syndromes, further studies are needed to determine if the anti-seizure effects of cannabidiol extend to other forms of epilepsy, to overcome pharmacokinetic challenges with oral cannabinoids, and to uncover the exact mechanisms by which cannabidiol or other exogenous and endogenous cannabinoids exert their therapeutic effects.”