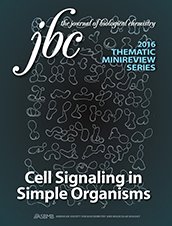 “This study has implications for developing new therapeutics for the treatment of cancer, pain, and metabolic disorders.

GPR55 is activated by l-α-lysophosphatidylinositol (LPI) but also by certain cannabinoids.

In this study, we investigated the GPR55 pharmacology of various cannabinoids, including analogues of the CB1 receptor antagonist Rimonabant®, CB2 receptor agonists, and Cannabis sativa constituents.

Here, we show that CB1 receptor antagonists can act both as agonists alone and as inhibitors of LPI signaling under the same assay conditions. This study clarifies the controversy surrounding the GPR55-mediated actions of SR141716A; some reports indicate the compound to be an agonist and some report antagonism. In contrast, we report that the CB2 ligand GW405833 behaves as a partial agonist of GPR55 alone and enhances LPI signaling. GPR55 has been implicated in pain transmission, and thus our results suggest that this receptor may be responsible for some of the antinociceptive actions of certain CB2 receptor ligands.

Here, we report that the little investigated cannabis constituents CBDV, CBGA, and CBGV are potent inhibitors of LPI-induced GPR55 signaling.

The phytocannabinoids Δ9-tetrahydrocannabivarin, cannabidivarin, and cannabigerovarin are also potent inhibitors of LPI.

Our findings also suggest that GPR55 may be a new pharmacological target for the following C. sativa constituents: Δ9-THCV, CBDV, CBGA, and CBGV.

“Lysophosphatidylinositol (LPI) is a bioactive lipid generated by phospholipase A2 which is believed to play an important role in several diseases.”  http://www.ncbi.nlm.nih.gov/pubmed/22285325

“Phytocannabinoids are useful therapeutics for multiple applications including treatments of constipation, malaria, rheumatism, alleviation of intraocular pressure, emesis, anxiety and some neurological and neurodegenerative disorders.

Consistent with these medicinal properties, extracted cannabinoids have recently gained much interest in research, and some are currently in advanced stages of clinical testing.

Other constituents of Cannabis sativa, the hemp plant, however, remain relatively unexplored in vivo. These include cannabidiol (CBD), cannabidivarine (CBDV), Δ(9)-tetrahydrocannabivarin (Δ(9)-THCV) and cannabigerol (CBG).

All phytocannabinoids readily penetrated the blood-brain barrier and solutol, despite producing moderate behavioural anomalies, led to higher brain penetration than cremophor after oral, but not intraperitoneal exposure. In mice, cremophor-based intraperitoneal administration always attained higher plasma and brain concentrations, independent of substance given. In rats, oral administration offered higher brain concentrations for CBD (120 mg/kg) and CBDV (60 mg/kg), but not for Δ(9)-THCV (30 mg/kg) and CBG (120 mg/kg), for which the intraperitoneal route was more effective. CBD inhibited obsessive-compulsive behaviour in a time-dependent manner matching its pharmacokinetic profile.

These data provide important information on the brain and plasma exposure of new phytocannabinoids and guidance for the most efficacious administration route and time points for determination of drug effects under in vivo conditions.”

Our findings suggest that THCV can enhance 5-HT₁A receptor activation, and that some of its apparent antipsychotic effects may depend on this enhancement.

We conclude that THCV has therapeutic potential for ameliorating some of the negative, cognitive and positive symptoms of schizophrenia.” “Oxidative stress and inflammation play critical roles in the development of diabetes and its complications.

The modulation of the activity of this system holds tremendous therapeutic potential in a wide range of diseases, ranging from cancer, pain, neurodegenerative, and cardiovascular diseases to obesity and metabolic syndrome, diabetes, and diabetic complications.

The therapeutic potential of targeting the endocannabinoid system and certain plant-derived cannabinoids, such as cannabidiol and Δ9-tetrahydrocannabivarin, which are devoid of psychotropic effects and possess potent anti-inflammatory and/or antioxidant properties, in diabetes and diabetic complications is also discussed.

Although there is much controversy in the field of EC research, experimental evidence and clinical trials have clearly shown that ECS plays a key role in the development of primary diabetes and various diabetic complications. Although inhibition of CB1 receptors has proven to be effective in clinical trials of obesity and metabolic syndrome, this approach has ultimately failed because of increasing patient anxiety. However, recent preclinical studies clearly showed that peripherally restricted CB1 antagonists may represent a viable therapeutic strategy to avoid the previously mentioned adverse effects.

Natural cannabinoids, such as CBD and THCV, also have tremendous therapeutic potential.

CBD is a potent antioxidant and anti-inflammatory agent that does not appear to exert its beneficial effects through conventional CB receptors and is already approved for human use.

THCV and its derivatives, which may combine the beneficial effects of simultaneous CB1 inhibition and CB2 stimulation, are still under intense preclinical investigation. It will be interesting to see how newly developed, peripherally restricted CB1 receptor antagonists and/or CB2 receptor agonists and certain natural cannabinoids, such as CBD and THCV, will influence the clinical outcomes of diabetic patients.

We hope that some of these new approaches will be useful in clinical practice in the near future to aid patients with diabetes.”

“Obesity and associated metabolic syndrome have quickly become a pandemic and a major detriment to human health globally.

The presence of non-alcoholic fatty liver disease (NAFLD; hepatosteatosis) in obesity has been linked to the worsening of the metabolic syndrome, including the development of insulin resistance and cardiovascular disease. Currently, there are few options to treat NAFLD, including life style changes and insulin sensitizers.

Recent evidence suggests that the cannabinoids Δ9-tetrahydrocannabivarin (THCV) and cannabidiol (CBD) improve insulin sensitivity; we aimed at studying their effects on lipid levels…

THCV and CBD directly reduce accumulated lipid levels in vitro in a hepatosteatosis model and adipocytes.

…these cannabinoids are able to increase yolk lipid mobilization and inhibit the development of hepatosteatosis respectively.

Our results suggest that THCV and CBD might be used as new therapeutic agents for the pharmacological treatment of obesity- and metabolic syndrome-related NAFLD/hepatosteatosis.”

“Disturbances in the regulation of reward and aversion in the brain may underlie disorders such as obesity and eating disorders.

We previously showed that the cannabis receptor (CB1) inverse agonist rimonabant, an anti-obesity drug withdrawn due to depressogenic side effects, diminished neural reward responses yet increased aversive responses. Unlike rimonabant, tetrahydrocannabivarin (THCv) is a neutral CB1 receptor antagonist and may therefore produce different modulations of the neural reward system…

Conclusions: Our findings are the first to show that treatment with the CB1 neutral antagonist THCv increases neural responding to rewarding and aversive stimuli.

This effect profile suggests therapeutic activity in obesity, perhaps with a lowered risk of depressive side effects.”

“A new study published by the journal J-Stage, and funded by the Ministry of Education, Culture, Sports, Science and Technology of Japan, has found that cannabinoids – whether THC, CBD or CBDV – were effective at blocking a certain enzyme which is known to cause cancer, and is produced in large amount when cigarettes are consumed.”

“These results suggest that the pentylresorcinol structure in CBD may have structurally important roles in direct CYP1A1 inhibition, although the whole structure of CBD is required for overall inhibition”, according to researchers.

CYP1A1 is an enzyme which isn’t dangerous at low-levels, but is produced in large quantities when someone smokes cigarettes; at large doses, the enzyme has been linked to cancer.

Researchers state that; “Accordingly, CBD and its related compounds, which are potent inhibitors of CYP1A1 activity, would be useful as a lead compound in anticancer chemotherapy.””

“Chemicals in marijuana can block the activity of a cancer-causing enzyme commonly found in cigarette smokers.”

“Cannabis Can Prevent Cancer Caused by Cigarette Use, According to New Study” http://thejointblog.com/cannabis-can-prevent-cancer-caused-by-cigarrette-use-according-to-new-study/

…we investigated the potential of THCV and CBDV to produce conditioned gaping (measure of nausea-induced behaviour),..

The pattern of findings indicates that neither THCV nor CBDV produced a behavioural profile characteristic of CB1 receptor inverse agonists.

As well, these compounds may have therapeutic potential in reducing nausea.”

Researchers concluded: “Based on these data, it can be suggested that THCV may be useful for the treatment of the metabolic syndrome and/or type 2 diabetes (adult onset diabetes), either alone or in combination with existing treatments. Given the reported benefits of another non-THC cannabinoid, CBD in type 1 diabetes, a CBD/THCV combination may be beneficial for different types of diabetes mellitus.””