“Cannabidiol (CBD) is a natural compound of cannabis, which exerts complex and widespread immunomodulatory, antioxidant, anxiolytic, and antiepileptic properties. Many experimental data suggest that CBD could have several types of application in alcohol use disorder (AUD) and alcohol-related damage on the brain and the liver.

Experimental studies converge to find that CBD reduces the overall level of alcohol drinking in animal models of AUD by reducing ethanol intake, motivation for ethanol, relapse, and by decreasing anxiety and impulsivity. Moreover, CBD has been shown to reduce alcohol-related steatosis and fibrosis in the liver by reducing lipid accumulation, stimulating autophagy, modulating inflammation, reducing oxidative stress, and inducing death of activated hepatic stellate cells. Last, CBD has been found to reduce alcohol-related brain damage, preventing neuronal loss by its antioxidant and immunomodulatory properties.

CBD could directly reduce alcohol drinking in subjects with AUD. But other original applications warrant human trials in this population. By reducing alcohol-related processes of steatosis in the liver, and brain alcohol-related damage, CBD could improve both the hepatic and neurocognitive outcomes of subjects with AUD, regardless of the individual drinking trajectories. This might pave the way for testing new harm reduction approaches in AUD, i.e., for protecting the organs of subjects with an ongoing AUD.”

“The cannabinoid receptor type 2 (CB2) is a G protein-coupled seven transmembrane receptor that transmits endogenous cannabinoid signaling. The role of CB2 in the pathogenesis of kidney injury and fibrosis remains poorly understood.

By using in silico screening and medicinal chemistry modifications, we discovered a novel compound, XL-001, that bound to CB2 with high affinity and selectivity and acted as an inverse agonist. Delayed administration of XL-001 was also effective in ameliorating kidney fibrosis and inflammation.

Thus, CB2 is a pathogenic mediator in kidney fibrosis and targeted inhibition with the novel inverse agonist XL-001 may provide a strategy in the fight against fibrotic kidney diseases.”

The etiology of SSc is unknown, but there is growing evidence that dysfunction of the endocannabinoid system (ECS) plays a critical role in its development.

Since the semi-synthetic cannabinoquinoid VCE-004.8 could alleviate bleomycin (BLM)-induced skin fibrosis, we have investigated an oral lipid formulation (EHP-101) of this dual PPARγ/CB2 receptors activator for the prevention of skin- and lung fibrosis and of collagen accumulation in BLM challenged mice.

Taken together, these data provide a rationale for further developing VCE-004.8 as an orally active agent to alleviate scleroderma and, possibly, other fibrotic diseases as well.” 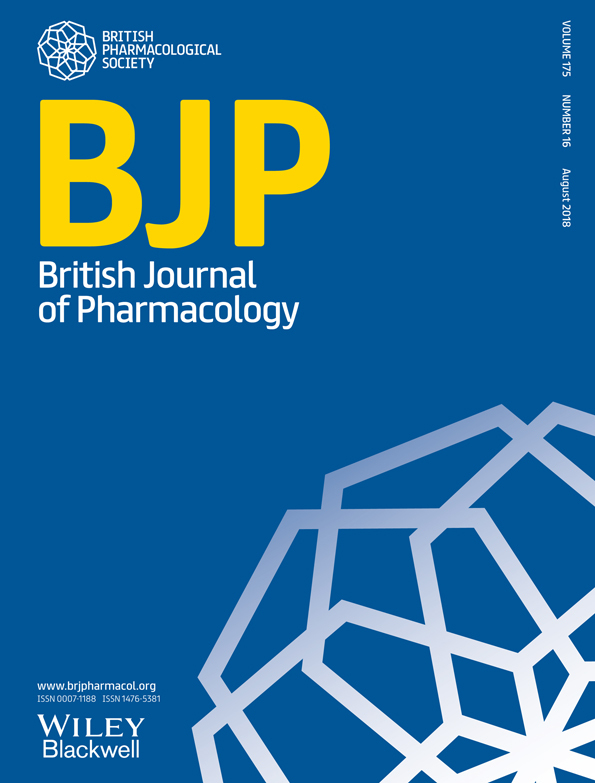 “The endocannabinoid system (ECS) as well as PPARγ are relevant targets for the development of novel compounds against fibrotic diseases such as Systemic Sclerosis (SSc), also called Scleroderma.

The aim of this study was to characterize VCE-004.3, a novel cannabidiol derivative, and to study it anti-inflammatory and anti-fibrotic activities.

VCE-004.3 is a novel semi-synthetic cannabidiol derivative behaving as a dual PPARγ/CB2 agonist and CB1 receptor modulator that could be considered for the development of novel therapies against different forms of Scleroderma.” “The pharmacological importance of cannabidiol (CBD) has been in study for several years.

CBD is the major nonpsychoactive constituent of plant Cannabis sativa and its administration is associated with reduced side effects.

Currently, CBD is undergoing a lot of research which suggests that it has no addictive effects, good safety profile and has exhibited powerful therapeutic potential in several vital areas.

It has wide spectrum of action because it acts through endocannabinoid receptors; CB1 and CB2 and it also acts on other receptors, such as GPR18, GPR55, GPR 119, 5HT1A, and TRPV2.

This indicates its therapeutic value for numerous medical conditions because of its neuroprotective and immunomodulatory properties.

More promising areas appear to include diabetes and cancer where CBD exhibits lesser side effects and more therapeutic benefits as compared to recent available medical therapies.

Hence, CBD is a promising substance for the development of new drug. However further research and clinical studies are required to explore its complete potential.”

“Activation of cannabinoid receptor type 2 has been shown to have anti-fibrosis function in skin and heart.

In this research, we aimed to investigate the role of cannabinoid receptor type 2 in pulmonary fibrosis in vitro and in vivo.

Our research indicated that activating cannabinoid receptor type 2 by a pharmacological method might be a potential strategy for pulmonary fibrosis.”  https://www.ncbi.nlm.nih.gov/pubmed/29262578

“In conclusion, we demonstrate that activating cannabinoid receptor type 2 by selective agonist JWH133 is a potential strategy for pulmonary fibrosis. Our researches offer a new choice for this life-threatening disease.” http://www.oncotarget.com/index.php?journal=oncotarget&page=article&op=view&path[]=21975&path[]=69664

“Idiopathic pulmonary fibrosis (IPF) is a life-threatening disease without effective treatment, highlighting the need for identifying new targets and treatment modalities. The pathogenesis of IPF is complex, and engaging multiple targets simultaneously might improve therapeutic efficacy.

To assess the role of the endocannabinoid/cannabinoid receptor 1 (endocannabinoid/CB1R) system in IPF and its interaction with inducible nitric oxide synthase (iNOS) as dual therapeutic targets, we analyzed lung fibrosis and the status of the endocannabinoid/CB1R system and iNOS in mice with bleomycin-induced pulmonary fibrosis (PF) and in lung tissue and bronchoalveolar lavage fluid (BALF) from patients with IPF, as well as controls. In addition, we investigated the antifibrotic efficacy in the mouse PF model of an orally bioavailable and peripherally restricted CB1R/iNOS hybrid inhibitor.

We report that increased activity of the endocannabinoid/CB1R system parallels disease progression in the lungs of patients with idiopathic PF and in mice with bleomycin-induced PF and is associated with increased tissue levels of interferon regulatory factor-5. Furthermore, we demonstrate that simultaneous engagement of the secondary target iNOS by the hybrid CB1R/iNOS inhibitor has greater antifibrotic efficacy than inhibition of CB1R alone. This hybrid antagonist also arrests the progression of established fibrosis in mice, thus making it a viable candidate for future translational studies in IPF.”  https://www.ncbi.nlm.nih.gov/pubmed/28422760

“The limited success of medications with a single target suggests that multitargeted therapies may be more effective, considering the multifactorial pathology of IPF. Here, we report that a dual-target hybrid inhibitor of peripheral CB1R and iNOS completely arrested the progression of BL-PF and dramatically improved the survival rate in a progression arrest treatment paradigm, providing proof of principle for a polypharmacology approach in this preclinical model of IPF. “
https://insight.jci.org/articles/view/92281

“As a class, the cannabinoids are generally free from the adverse effects associated with NSAIDs. Their clinical development thus provides a new approach to treatment of diseases characterized by acute and chronic inflammation and fibrosis. The review concludes with a presentation of a possible mechanism for the anti-inflammatory and antifibrotic actions of these substances. Thus, several cannabinoids may be considered candidates for development as anti-inflammatory and antifibrotic agents.”  https://www.ncbi.nlm.nih.gov/pubmed/27435265 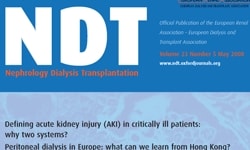 Single treatment with either AM6545 or AM1241 alone reduced diabetes-induced albuminuria and prevented nephrin loss both in vivo and in vitro in podocytes exposed to glycated albumin. Dual therapy performed better than monotherapies, as it abolished albuminuria, inflammation, tubular injury and markedly reduced renal fibrosis. Converging anti-inflammatory mechanisms provide an explanation for this greater efficacy as dual therapy abolished diabetes-induced renal monocyte infiltration and M1/M2 macrophage imbalance in vivo and abrogated the profibrotic effect of M1 macrophage-conditioned media on cultured mesangial cells.

‘Peripheral’ CB1R blockade is beneficial in experimental DN and this effect is synergically magnified by CB2R activation.”

“The endocannabinoid system has been identified as a major regulator of physiological and pathological processes, such as pain, inflammation, cell growth, cell death, and as a regulator of diverse gastrointestinal functions, such as intestinal motility and secretion.

A complex interplay between endogenously released cannabinoids, such as anandamide or 2-arachidonoylglycerol, and their receptors both on inflammatory cells and neurons is involved in modulation of inflammatory pain.

In this article, we demonstrate the in vivo significance and therapeutic potential of cannabinoids in inflammation and pain associated with pancreatitis using human specimens and mouse models as test systems.

Our results are more in line with a recent study reporting a protective role for the endogenous cannabinoid system against colonic inflammation in a mouse model of experimental colitis.

Consistent with the above, we now show that acute pancreatitis, a visceral inflammatory disease in humans, is associated with an activation of the endocannabinoid system.

In humans, acute pancreatitis is associated with up-regulation of ligands as well as receptors of the endocannabinoid system in the pancreas. Furthermore, our results suggest a therapeutic potential for cannabinoids in abolishing pain associated with acute pancreatitis and in partially reducing inflammation and disease pathology in the absence of adverse side effects.

Because management of visceral inflammatory diseases should ideally include antinociceptive as well as anti-inflammatory components, our results lay a basis for testing the therapeutic value of cannabinoids as supplements to conventional analgesic therapy.”

“While cannabinoids have been shown to ameliorate liver fibrosis, their effects in chronic pancreatitis and on pancreatic stellate cells (PSC) are unknown.

The activity of the endocannabinoid system was evaluated in human chronic pancreatitis (CP) tissues.

Augmentation of the endocannabinoid system via exogenously administered cannabinoid receptor agonists specifically induces a functionally and metabolically quiescent pancreatic stellate cell phenotype and may thus constitute an option to treat inflammation and fibrosis in chronic pancreatitis.

Because drugs for the treatment of chronic pancreatitis should ideally exert anti-fibrotic and anti-inflammatory properties, their bimodal effects rather contradict a therapeutic use of CB-receptor antagonists and promote the hypothesis that (re-)activation of the (endo-)cannabinoid system in chronic pancreatitis may be beneficial for suppressing disease progress.

In conclusion, we show that the endocannabinoid system is downregulated in chronic pancreatitis and that its augmentation via exogenously administered cannabinoids specifically reduces activation of pancreatic stellate cells.

These experiments lay a basis for testing the value of synthetic cannabinoids in the treatment of chronic pancreatitis.”